These comments and polls appeared on the home page of Prepressure.com during 2008:

With print, once the truck leaves the company the work is finished. With the web, that’s when it all starts. A site like this one not only needs to be created but it is also pretty pointless if nobody finds it. Around 75% of all visitors find Prepressure.com using a search engine. A good Google rating depends partly on external links (people like you putting a link on your site to this one – wink wink nudge nudge) and decent page content and mark-up. Looking at the code of pages like this one, I already knew that Prepressure.com was not exactly Google-friendly. I have now bitten the bullet and decided to try and design my own theme – the code that determines the look and structure of these pages.

For the next few weeks, no CSI or other TV-stuff for me. I am on a strict CSS diet. Of course I’ll have to occasionally try my pokey code on this server. So if you come by and think this site looks pretty weird, don’t worry. It just means that I am still struggling with PHP, CSS & WordPress. Which brings me back to print: do you know anyone who in the past 10 years handcoded a page in PostScript or PDF because he wasn’t happy with what InDesign or QuarkXPress did? Probably not… which just proves that prepress has gotten to a level that the web boys have yet to master.

The poll: working with prepress consultants

I have been in the industry long enough to have met quite a few consultants. Some of them were very knowledgeable, others seemed (to me at least) of questionable value to their customers.

What is your experience with prepress consultants?

Most of the pages on this site allow you to add comments, questions or advice. Occasionally graphic arts students abuse the mechanism for infant jokes. They tend to overlook the fact that their IP-address is logged, which is how I found out that rude comments usually originate in schools. Their masterpieces of scatological humor take just a few clicks to delete. More worrying are the bots that daily try to leave hundreds of links to all kinds of porn sites or illegal goods in the comments. Fortunately WordPress comes with a plug-in that blocks and gets rid of this junk. Last week Prepressure.com passed the 10000 spam messages mile stone.

Look at these growth numbers for spam

. I wish our entire industry did as well!

The poll: most hated fonts

While surfing the web, I discovered a few pages about fonts that people hate. Some simply dislike the look of a particular font while others hate any font that gets grossly overused or that appears a lot in the wrong type of jobs. I’ve put the 12 most frequently mentioned fonts in the poll to the right. As you can see it features some pretty popular fonts. This is probably because those fonts are both well-known and the most likely to be abused. You can select multiple fonts that you dislike, if necessary. In case you are wondering: I added ‘freeware fonts’ out of curiosity and to get to that magic number 12.

Which fonts do you hate the most?

Two fonts walk into the bar, and the barman says, “Sorry lads, we don’t serve your type.”

When Adobe recently announced CS4, this caught me by surprise. Even though I am a regular Photoshop CS3 user, I haven’t gotten round to using many of its new features, like smart filters, yet. While I am still digesting CS3, Adobe now shoves CS4 down my throat. Its new features aren’t compelling enough for me to upgrade, but now there won’t be updates anymore for the ACR plug-in that I use so much. The Adobe shareholders may disagree but for me Adobe should have waited another year with its new release.

In my opinion the same is also true for Acrobat upgrades or for Apple’s big OS X cats. I don’t need a yearly incremental upgrade but would prefer a 2 or even 3-year upgrade cycle, preferable with a more substantial set of improvements. The worst is WordPress, the software that powers this site. Every few months there seems to be a new release. Since security updates are only implemented in the latest release, you are encouraged to frequently go through a time consuming and somewhat risky upgrade process.

How often should software get a major upgrade?

Uploading pictures from a recent visit to the local printing museum brought back some fond memories (or should those be “font memories”?)

Even though it is clear that OpenType fonts are the way to go, a quick scan on my systems shows that I actually use TrueType fonts the most. That made me curious about how many people already made the full switch to OpenType and how many still rely on their existing library of PostScript or TrueType fonts.

Which fonts do you use most nowadays?

Once every four years I get a little stressed out, preparing for the drupa trade show, staying at the show for the full period and struggling with the follow-up. As you may have guessed, that happened again this year and it made me neglect this site for a few weeks. I apologize for not updating the content as much as I would have liked to and for not getting back in touch with people who sent suggestions. Even while I am writing this text in early August, follow-up stuff from drupa is still keeping me busy. Don’t worry, regular updates will reappear after the holidays.

The poll: which type of media do you prefer?

You behaved badly and now you are sent off to a deserted island for the next couple of years. Because you’ve always kept your black text in overprint, never exceeded total ink coverage and your fonts are better managed than Apple with Steve Jobs at the helmet, the prepress gods allow one special treat. You can choose one of these to fill your days:

What would you choose: print, the web, TV or games? Please cast your vote using the poll to the right.

What would you pick for a long stay on a deserted island?

You may never have heard of Ben Dessaint. Neither had I until his name popped up in a search for information on the history of prepress. According to this Wikipedia page: “…During the 1980s and 1990s, Ben Dessaint invented these computer-aided prepress techniques which began to supplant the traditional dark room and light table processes…”

Since Ben hasn’t single-handedly invented digital prepress, I created a Wikipedia account and corrected the information last January. I decided to also check some other Wikipedia prepress pages, add information if needed and include a link to this site if appropriate. This proved to be a real ordeal. Another editor called my statement that RIPs are nowadays often called Renderers unfounded. The 3 links I provided as proof were ignored. The link to my RIP page was removed because it was ‘spam’.

I gave up on trying to contribute to Wikipedia but this week-end I accidentally ran across that same prepress page again. Much to my surprise, Ben Dessaint had once again invented digital prepress! Apparently someone from Algonquin College, a Canadian applied arts and technology school, re-inserted the name a second time on 27 March.

In the past I always considered Wikipedia a valid source of information. These events have changed this perception and improved my appreciation for printed books. So I have to thank Ben, for reinforcing my belief in print and of course for inventing all those cool prepress technologies that kept me busy the past 15 years!

The poll: go for a true Adobe RIP?

In the early PostScript days, the choice for a certain RIP solution was considered as important as that of an imagesetter. Companies would use complex custom developed test files to check the compatibility, quality and performance of a RIP. In recent years, this choice has become less of an issue and ‘True Adobe’ no longer seems to be a major sales argument.
Which platform do you prefer or do you think the choice has largely become meaningless? As usual you can discuss this topic in a separate thread on the b4print forums.

What type of RIP do you prefer to use?

When I started this site in 1997, its primary goal was to provide an overview of Postscript errors and possible solutions. That list is still pretty popular so I had a look at my web stats recently to discover which error messages are the most popular. It seems logical that errors that pop up the most in web searches are also the most frequent issues on output devices. So here it is, the TOP 10 of Postscript issues starting with the most ‘popular’ one:

The poll: usage of industry standards

There are many initiatives in the graphic arts industry to define and propagate how a perfect PDF should be created. Looking at the stuff that I receive or what gets discussed on forums, it looks as if those standardization efforts haven’t made much of an impact (yet). In this poll I asked if visitors create or receive PDF files that comply with a certain industry standard or if they are all based on the use of personal preferences. Some may even want to avoid PDF completely and stick to exchanging native InDesign, QuarkXPress,… files.

Do you create or receive standardized PDF files?

In ‘87 I start working for a Mac dealer. The boss thinks that playing around is the easiest way to learn about a product so I get to take a Mac Plus home during my holiday. I immediately fall in love with the system and show it to everyone at the local computer club. My PC-hugging friends shrug and think it is kind of ‘cute’, at best. I guess they now all use Windows and don’t even realize they could have had the same type of UI experience 20 years ago.

Check out this great video.

The poll: a career in graphic arts

There are numerous movies in which the main character somehow goes back in time and gets the opportunity to restart his or her life. If you had that opportunity, would you once again go for a career in graphic arts or would you avoid it like the plague?

Would you work in prepress again if you could do it all over?

The power of print

I rediscovered photography after purchasing my first digital camera a few years ago. These past few days have been a godsend for my hobby. There are not just the beautiful weather and female joggers to capture the imagination… 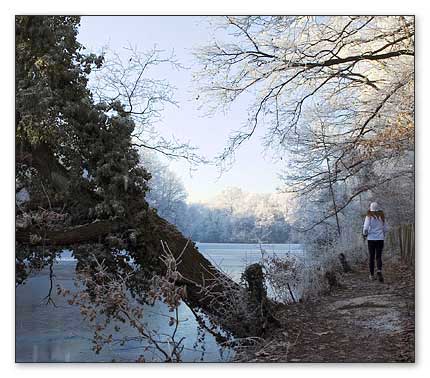 … but also the awesome print quality of the KBA Cortina press that is used to print ‘De Morgen’, my daily newspaper. This KBA is a waterless offset press that can cope with stochastic screening on newspaper stock. Images are pin sharp, flat tints look gorgeous and pictures often seem to jump off the page. Working in the industry, you cannot avoid noticing the occasional issues with drying and ghosting but overall the attention that is paid to photography and lay-out as well as the print quality of my newspaper continue to amaze me. The past week-end edition contained a few full spread National Geographic images in the accompanying magazine. Fantastic!

The poll: PostScript or PDF?

I personally still prefer to generate a PostScript file and then normalize it to a PDF file. With InDesign I am using the Export to PDF option more and more since it seems to work pretty well.


How do you create PDF files?

Comments from 2007 can be found here.