Image resolution and associated abbreviations such as ppi and dpi confuse a lot of people. This page explains what resolution is and how it needs to be taken into account when creating layouts or printing pictures. It covers the following topics:

Since resolution has to do with digital images, let’s first look at such an image. I’ll use an image which I shot a few years back in a local zoo using my Nikon D70 digital camera. 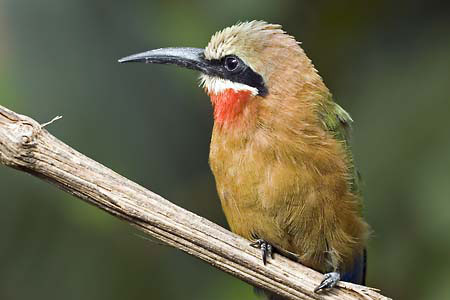 If such an electronic image is enlarged a lot, you can see that it consists of a matrix of picture elements. Such picture elements are called pixels. Below are the pixels that make up the eye of the bird. 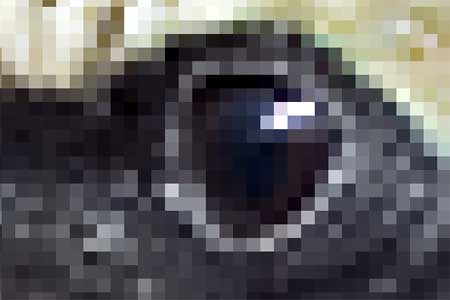 Resolution as the definition of the number of pixels

Resolution as the definition of the absolute size of an image

The above definition is pretty straightforward. The term resolution can however also be used to describe the actual or assumed size of pixels. That is typically the case in the printing industry.

So, how large is a pixel? Since a digital image is not physical, the pixels in it don’t really have a size. When you print the image or display it on some physical device, then those pixels do get actual dimensions. Maybe they become very small or maybe they become big enough to fill the football field of Stamford Bridge, the home of Chelsea Football Club. 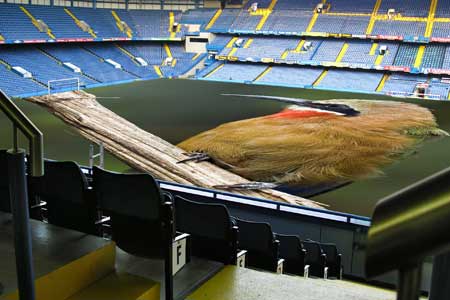 Let’s do some math with a few examples:

The term resolution can be used to describe the actual size of pixels. The convention is that this is not done by stating how wide one single pixel is, as I did above. Instead resolution describes how many pixels fit in one inch (which equals 25.4 millimeters). The abbreviation for ‘pixels per inch’ is ppi. Even in countries where the metric system is used, the ppi convention is pretty popular. In others like Germany, the resolution is expressed in pixels per centimeter (ppc).

For the above examples:

Many incorrectly use the abbreviation dpi (dots per inch) for resolution.

Resolution as the definition of the intended size of an image

There is still one-third definition of resolution that you need to be aware of. Resolution can be used to describe the intended number of pixels that fit in one inch. Before an image gets printed, its pixels don’t really have dimensions. They are just bits in an electronic file. People discovered that it can be practical if you could also define within that file how big you intend the image to be. Here are two practical examples:

An image file does not only contain all of the image data of the pixels. It can also contain metadata, which are data about the data. The name of the photographer is metadata, as is the brand of digital camera that was used to capture an image. As you may have guessed, the image resolution can also be part of the metadata. I have configured my digital cameras so that they embed in images that their intended resolution is 300 ppi. Please note that this resolution is just FYI or ‘For Your Information’. Anyone who gets hold of my images can still do whatever he or she pleases and use a completely different resolution.

When an image is sent to a certain output device, such as a printer or a monitor, its resolution becomes important because each device or medium needs a certain base resolution to reproduce the image with the best possible quality. Let’s look at some typical uses of images:

For images printed on good quality paper using an offset press, the general rule is that the image resolution needs to be twice the screen ruling used to print the job. Magazines are typically printed using a 150 or 175 lpi screen ruling. This means images need to be 300 dpi. My bird picture is 3000 pixels wide, which means that for the best quality it can be printed up to 3000/300=10 inch wide.
Please note that a slightly lower resolution such as 220 to 250 dpi is also perfectly acceptable for most people. For high-quality jobs such as art books or for images containing critical patterns such as brick walls or clothing with a pattern in it, a higher resolution is sometimes recommended by the printer. Typically 400 dpi is used for such images.
The above rule applies to both color and grayscale images. The notable exception is line art, pure black and white drawings that contain straight or curved lines. Cartoons or logos are examples of line art. Such images need to have a much higher resolution. Most printers recommend 800 dpi as the bare minimum. Preferably resolutions of 1200 to 2400 dpi are used.

Newspaper are printed at a higher speed on lower quality paper. This means the resolution requirements are not as high as those for magazines. Typically a resolution of 200 to 250 dpi is considered sufficient. For line art images, 400 to 600 dpi is recommended.

The larger a picture gets printed, the lower its resolution needs to be. The main reason behind this is that the viewing distance also increases. For large billboards, 30 dpi is often sufficient – which means that a lot of digital cameras are perfectly capable of generating such files.

Usually 250 dpi is considered the optimum resolution for printing high-quality photos. Don’t be fooled by the fact that a photo printer has a much larger resolution, such as 720 or 1440 dpi. The printer may be able to print very small dots but it can only accurately reproduce colors by combining a large number of dots to emulate various tints. That is why a 250 dpi image offers perfect output quality on a 1000+ dpi printer.
The professional photo lab equipment used to print thousands of images per day also has a higher resolution, typically 300 to 600 dpi. The same rule applies for pictures printed using such a machine: 200 to 250 dpi offers excellent quality.

Viewing an image on a computer monitor

If you are not sure what resolution images need to have for a certain project, consult your printer.

If the resolution of an image is too low, this results in

Too much information may sound as if it is harmless but that is not true:

A low-resolution image is obviously not really a big problem, since you can always ‘Photoshop it’. The cartoon below is from Brad Guigar. 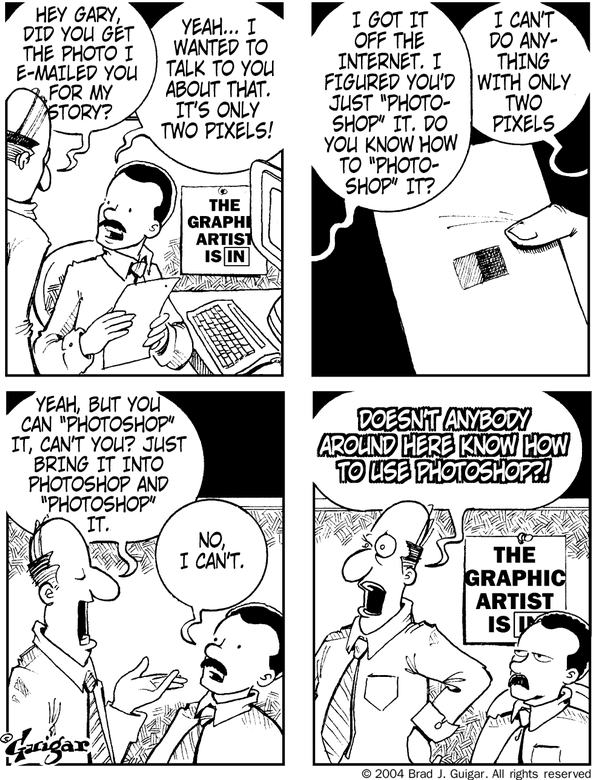 Other parameters that determine image quality

Don’t forget that resolution is only one of the parameters that determine the quality of images in a printed job!