These pages provide an overview of the evolution of the PostScript page description language. PostScript is now on the market for more than 25 years. It has had a profound impact on the publishing industry and even today remains an important industry standard.

For more information on the history of prepress in general, please jump to this page. Part of this overview is based on ‘Accidental empires’, the book written by Robert Cringely on the personal computer revolution.

To appreciate PostScript, you have to know how the market worked before it became available. In the early ’80s, if you needed typesetting equipment, you went to Acme Typesetters, and they would sell you an Acme system with an Acme output device. Then you would follow at least two weeks of training to learn how to use the system. The Acme system would be incompatible with equipment from any other manufacturer. In most cases, it would even be difficult or impossible to exchange data with other systems.

If you owned a personal computer, you could hook it up to a dot-matrix printer that would output low-quality bitmap characters. Graphics could be done but the quality was only acceptable to the nerds that bought computers in those days.

The history of PostScript starts at Parc, the research institute of Xerox. This is where many of the computer technologies we now take for granted were developed. The laser printer, the graphical user interface, and ethernet are some prime examples.

One of the brilliant engineers working at Xerox was John Warnock. He developed a language called ‘Interpress’ that could be used to control Xerox laser printers. He and his boss, Charles M. ‘Chuck’ Geschke, tried for two years to convince Xerox to turn Interpress into a commercial product. When this failed, they decided to leave Xerox and try it on their own. In the picture below Warnock is sitting to the left and Geschke to the right. 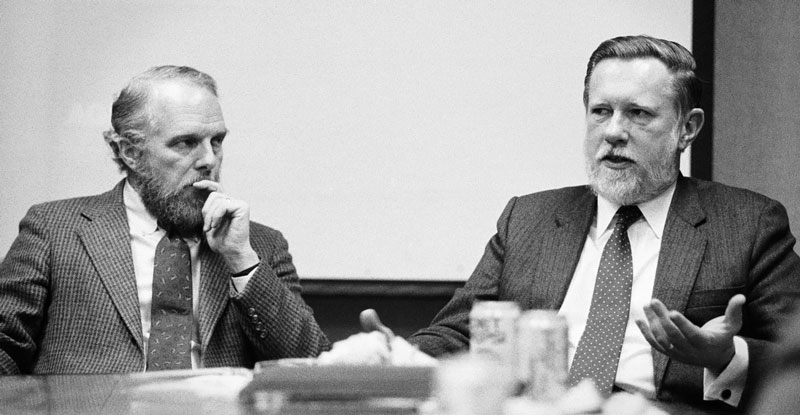 John Warnock and Chuck Geschke named their company Adobe, after a little creek that ran behind the house of Warnock in Los Altos, California. You sometimes see it mentioned in wine guides on maps of Napa Valley where some of the most famous Californian wines are made.

At first, Warnock and Geschke thought of building a really powerful printer themselves but they soon realized that it would make more sense to develop tools for other manufacturers to control their printers.

It took Adobe 20 man-years to develop PostScript, a language that can be used to control output devices like laser printers.

In 1984 PostScript was released. It was originally just called PostScript. ‘Level 1’ was added later to differentiate it from the more recent Level 2 upgrade.

PostScript is a very powerful language that looks a bit like Forth, another computer language. From the beginning, PostScript needed a pretty powerful system to run on. In fact, during the first years of its existence, PostScript printers had more processing power that the Macintoshes that were connected to them.

PostScript offered some huge advantages that other systems did not offer:

PostScript was a pretty big gamble for Adobe and they might have failed to convince the market of its value if it hadn’t been for Steve Jobs from Apple Computer.

In 1985, sales of the Macintosh computer started to fall back and Apple really needed a killer application for its new baby. Steve Jobs liked the technology of Adobe, invested 2.5 million dollars in the company and convinced Warnock to create a PostScript controller for the Apple LaserWriter. This printer was similar to the HP LaserJet but the PostScript controller would allow it to output ‘typesetter quality’ pages. The LaserWriter cost about US$7000. Today this may seem expensive (and it was!) but compare that to the first laser printer from Xerox, which, in 1978, cost US$500,000. 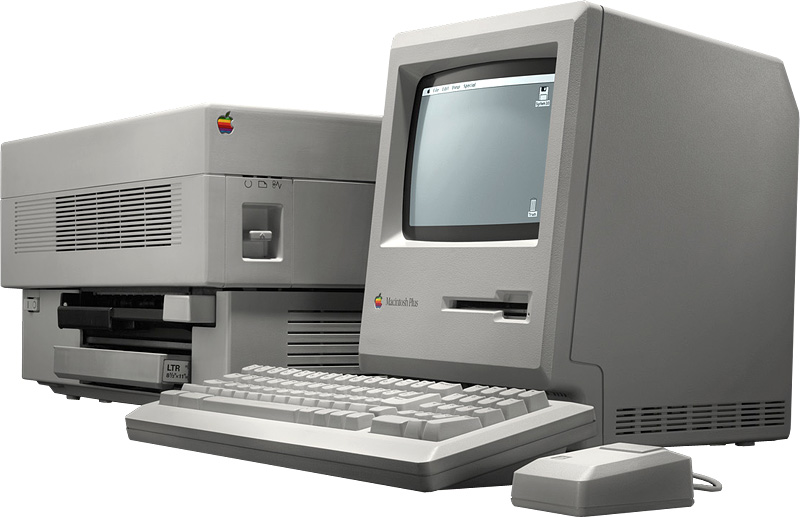 A computer linked to a powerful laser printer would not have made much of an impact but Apple and Adobe were fortunate enough to stumble upon a third partner, a small start-up company that had created an application to utilize the Mac and LaserWriter to their full extent. The company was called Aldus and its software product was called PageMaker. 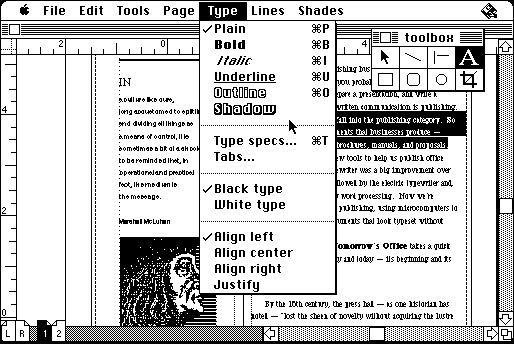 Desktop publishing was born and within a year, the combination of the LaserWriter, PostScript, and PageMaker saved Apple and turned Aldus and Adobe into rich companies. Linotype was the first graphic arts supplier to recognize the value of PostScript and offer an imagesetter with its own PostScript RIP. Other manufacturers soon followed and PostScript quickly became the lingua franca of the prepress world.

Around 1991, Adobe released the next revision of PostScript called level 2. It was a pretty significant upgrade that had been awaited eagerly by the prepress community.

The most important features are:

The slow adoption of level 2

Adobe made a big mistake by first publishing the level 2 specs and then starting work on the actual implementation. Much to their embarrassment, competitors came up with level 2 emulators faster than Adobe thought possible.
Although PostScript level 2 offered immediate advantages, it took ages before applications actually started using the new functionality. A feature like in-rip separation still wasn’t supported properly by XPress 5, 11 years after the release of level 2.

For some obscure reason, Adobe preferred to call the latest update PostScript 3 instead of PostScript level 3. Compared to level 2, PostScript 3 was a fairly minor upgrade. When it was launched a lot of applications were still struggling to support level 2 properly.

The main advantages of PostScript 3 are:

The specifications for PDF 1.4 , released in 2001, for the first time included a couple of functions that had no equivalent in PostScript: transparency and layers.

In 2006 Adobe announced the Adobe PDF Print Engine (APPE), a complete rewrite of their RIP architecture. Instead of relying on PostScript as its core page description language, APPE uses PDF. Designers can now export PDF files from a layout application such as InDesign. These pages are sent to a printer who uses a PDF-based workflow system to check, trap, and impose those pages. The PDF Print Engine is then used to create plate-ready data. In the entire chain, PostScript is no longer needed.

When asked if Adobe would ever introduce PostScript 4, an update that would include all of the new features made available in PDF, Dov Isaacs from Adobe had the following to say in a thread on the Printplanet forums:

“Absolutely isn’t going to happen. PostScript is a programming language, not really a page description language. By its very nature, it does not provide for really reliable end-to-end workflows since by definition, content can change on the fly. Fun for hackers, disaster for people who need to earn a living.
No, there is not a PostScript Language Level 4 sitting on disk somewhere waiting for marketing to give a signal. Beginning with PDF 1.4, all additions to the Adobe imaging model went into PDF and not PostScript.
To be very clear, Adobe will continue to license PostScript technology through our OEM partners as long as there is a demand for it from their customers. We will also continue support a gateway from PostScript to PDF via our Distiller technology in Acrobat. Adobe will continue to support EPS as a legacy graphics format for import of non-color managed, opaque graphical data into Adobe applications (such as InDesign and Illustrator). Although we certain do not recommend that new graphical content be stored in EPS format (except to satisfy the need to import data into page layout programs that aren’t quite PDF-centric — no need to mention names here!), our user base should feel comfortable that there is no need to worry about a need to convert their very sizable libraries of EPS-based graphic assets.”

The above message already made it clear that Adobe no longer puts any effort into PostScript. In the past decade, the industry has migrated to PDF-based workflows. There are still some isolated cases where PostScript is used, because of the use of outdated software or people unwilling to change their way of working. Since PostScript drivers are increasingly becoming rare, it is only a matter of time before PostScript completely disappears.

12 thoughts on “The history of PostScript”