During the second half of the nineteenth century the invention of the Linotype solves a major problem of the printing industry. Due to the ever increasing speed of presses, typesetting had become a major bottleneck in the production process. The Linotype solved this problem for newspapers while book printers relied on hot metal typesetters from Monotype and others. 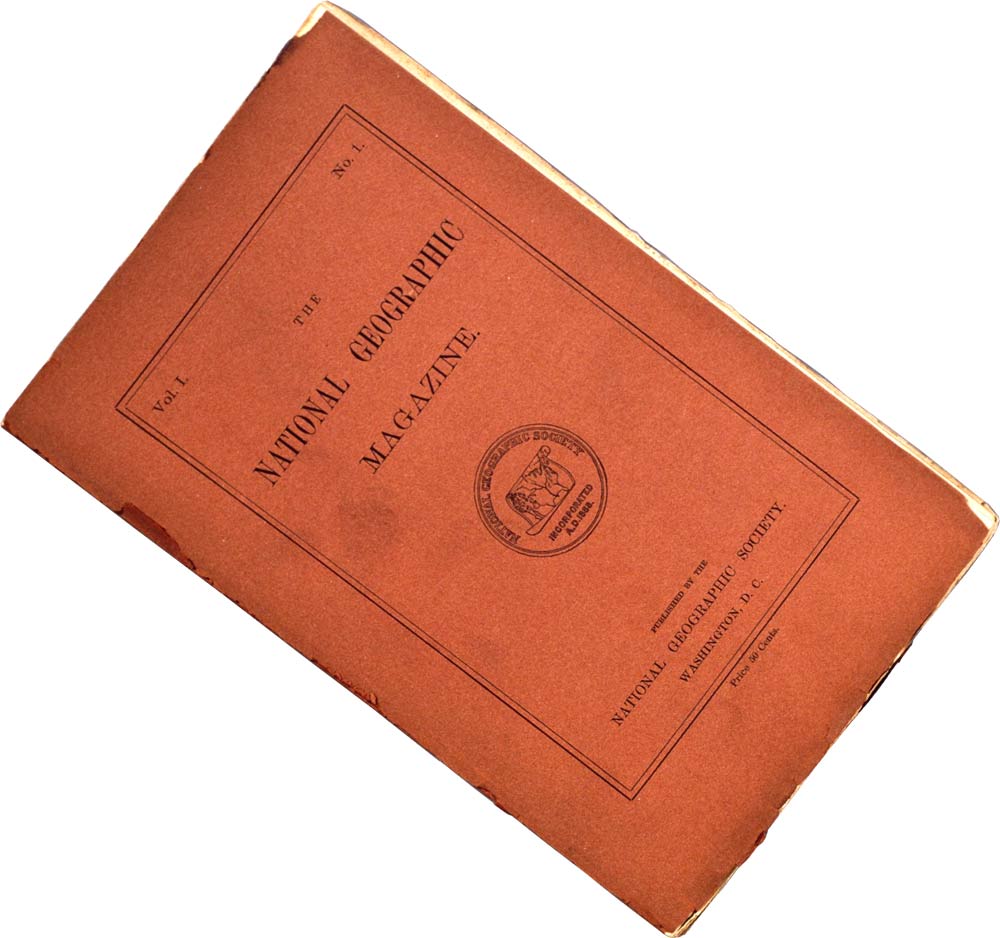 The first issue is published of what will later become The New York Times.

Robert E Bonner runs the first full-page ad in a newspaper. It promotes the New York Ledger, his own literary paper.

George Phineas Gordon produces the Franklin press, which is also known as the Gordon Jobber. Once the patents on this design expired other companies build presses based on Gordon’s design, such as the Chandler & Price letterpress below. 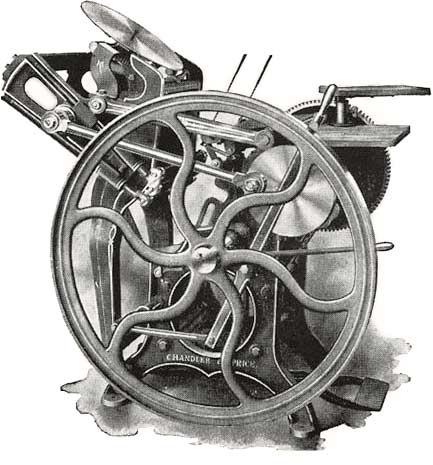 A reproduction of the Domesday Book is the first publication that is printed using photozincography, a lithographic printing technique that uses zinc plates instead of stones. It is developed by the team of Henry James of the British Ordnance Survey. The picture below shows him in front of the photography building. These plates are the precursor to today’s aluminum offset printing plates.

R.R. Donnelley & Sons Company is founded in Lancaster, Pennsylvania. It becomes one of the largest custom map making companies in the United States and gradually expands into other markets. Nowadays it is a Fortune 500 company that is still heavily print oriented, next to offering global marketing and business communication services.

William Bullock perfects Hoe’s rotary press. His press doesn’t print on sheets but is fed by a roll of paper which is printed on both sides. The press then folds the paper and cuts sheets at a speed of up to 12,000 sheets an hour. Bullock dies during an operation to amputate his leg that accidentally got crushed in one of his presses.

Agfa, the Aktiengesellschaft fur Anilinfabrikation, is founded in Rummelsburg, Germany. Originally the company focusses on producing color dyes but it will gradually become one of the leading manufacturers of film and printing plates.

1874 – Production of corrugated board

Mass production of corrugated board starts. It is initially used to package bottles and glass lantern chimneys.

In England, Robert Barclay patents the first rotary offset lithographic printing press for printing on tin. As the name offset implies, in this press the tin substrate does not come into direct contact with the printing cylinder. In between is an offset cylinder covered with specially treated cardboard that transfers the printed image to the recipient. Cardboard later gets replaced by rubber, which is still the most commonly used material today.

1876 – Duplicating documents with the Mimeograph

Thomas Edison receives a patent for a printing mechanism that around 1890 will result in the mimeograph or stencil duplicator. The Mimeo name is a trademark of Albert Blake Dick who licenses Edison’s patents. European manufacturers such as Gestetner develop similar machines. They allow anyone to inexpensively print dozens or hundreds of copies of a typed page. These small duplicators remain popular until photocopying becomes affordable.

Wilhelm Koenig designs the first KBA web-fed rotary press. It is installed at the Magdeburgische Zeitung. By 1895 the company delivers its 5000th cylinder press. 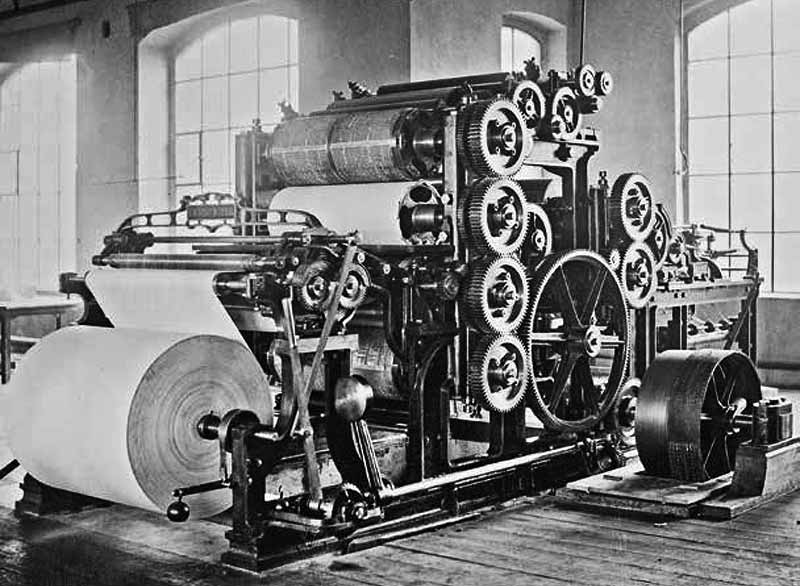 Golding & Co. introduce the Pearl letterpress, a small printing press that is available in two sizes. It has no throw-off or depressible grippers and two ink rollers. The press sells well but many commercial printers only consider it suitable for ‘bedroom printers’.

The J. Walter Thompson Company is the first advertising agency to have its own creative department staffed with copywriters and artists. Its founder James Walter Thompson is credited as the ‘father of modern magazine advertising’.

The Czech painter Karel Klíč invents photogravure, a process to faithfully reproduce the detail and continuous tones of photographs. To do so a copper plate is coated with a light-sensitive gelatin tissue which has been exposed to a film positive. The plate is then etched so that when ink is applied to the plate and wiped off, some ink will remain in the etched grooves and can then be transferred to paper.

A less successful invention from that same year is the Paige Compositor, one of the earliest attempts to build a typesetting machine. Using it a skilled operator can set text six times faster than by hand. Unfortunately the machine is so complex that its reliability suffers.  American author Mark Twain is one of the financial backers of James W. Paige’s project.

1883 – First practical use of halftone screening

Around 1850 William Fox Talbot had come up with the idea of halftone printing – reproducing the gray levels in a photograph using dots that vary either in size or in spacing. Various people worked on this concept, with the first screened photograph appearing in the New York Daily Graphic in 1873. The first one to develop a commercially successful way of reproducing pictures with relief halftones is the German Georg Meisenbach. He uses a glass plate with a fine pattern of lines during the exposure of a photograph to create a screened photograph. In 1883 the ‘Leipziger Wochenzeitschrift’ magazine is the first to print a black and white photo processed using this technique.

That same year T. & R. Annan in Glasgow is the first photogravure in Britain.

A printer in Wyoming runs out of white paper and prints a telephone directory on yellow paper instead. The concept is picked up by others and in 1886 Reuben H. Donnelley creates the first official Yellow Pages directory.

During this decade the McLoughlin Brothers publish The Little Folks’ Painting Book, the first ever coloring book. The drawings are made by Kate Greenaway. 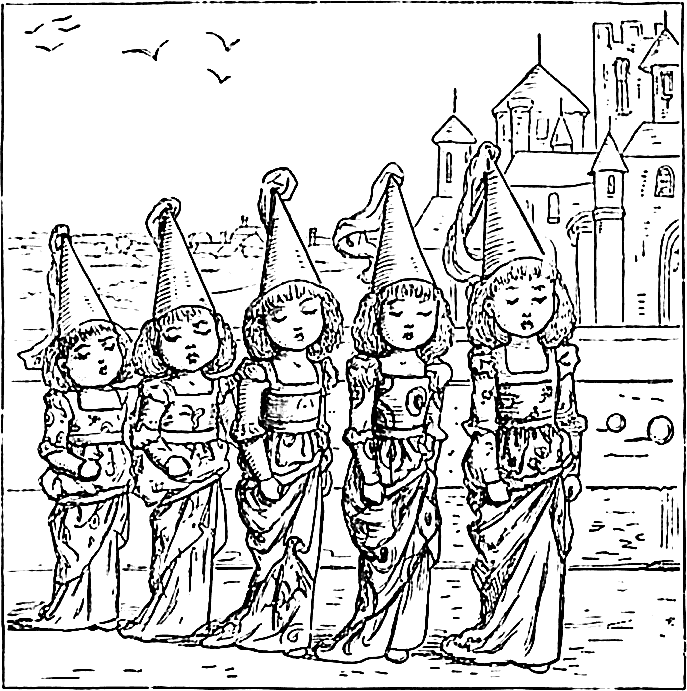 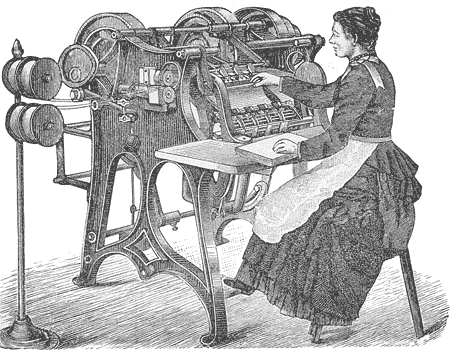 Linn Boyd Benton invents the pantographic punch cutter. With this machine, an operator can trace the brass pattern of a letter with one arm of the device. A cutting tool is mounted on another arm and it engraves the letter on the punch in a reduced size. The punch cutter can be adjusted to cut a complete series of sizes from one set of patterns. Those letters have a more uniform shape than the type that previously always had to be carved manually.

Frederick and Samuel Goss found the Goss Printing Press Company in Chicago, with the financial backing of Jacob Walser. Their first product is the Clipper, a press that can print double-sided by reversing one of its cylinders. After a few difficult years the Straightline Newspaper Perfecting Press, which debuts in 1892, firmly establishes the company as a leading manufacturer of newspaper presses. Newspaper were four-page weeklies at the beginning of the century but by this time they have become sixteen-page dailies.

Ottmar Mergenthaler invents the Linotype composing machine. With this typesetter, an operator can enter text using a 90-character keyboard. From a stock of letter form molds, the machine assembles a line containing the typed text. Molten lead is then poured over this line to create a slug,  a line of metal type. Once the operation is finished the matrices are returned to the type magazine from which they came. The machines are built in New York by the Mergenthaler Linotype Co. The name ‘line-o’-type’ is a pretty good description of what the machine does. It is widely regarded as one of the greatest advances in printing since the development of movable type 400 years earlier. 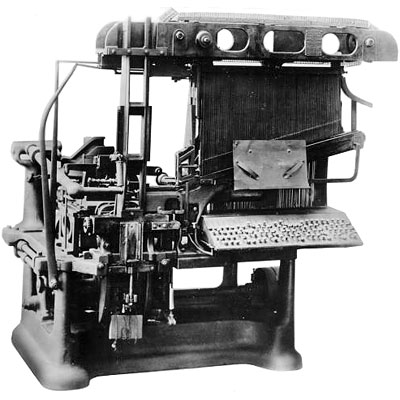 Around that same time the Swiss company Orell Gessner Füssli patents the ‘Aac process’ that is used to create photochroms, also called photochrome prints. In this process colorized images are produced from black and white photographic negatives via the direct photographic transfer of a negative onto a lithographic stone. Six to fifteen tint stones, each bearing an appropriate retouched image, are used to create the color print. The photochrom technique is very popular in the 1890s and mainly used for printing postcards of city scapes. 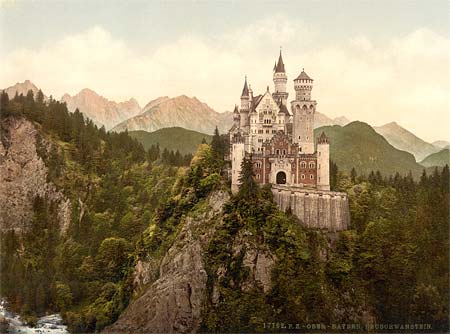 Lothar Meggendorfer’s International Circus is a pop-up book that contains six pop-up scenes of circus acts, including acrobats, clowns, and daredevil riders. Unfolded they form a circus complete with orchestra and spectators. It is not the first pop-up book to be published but thanks to reproductions, such as the 1979 version shown below, it is still available today. 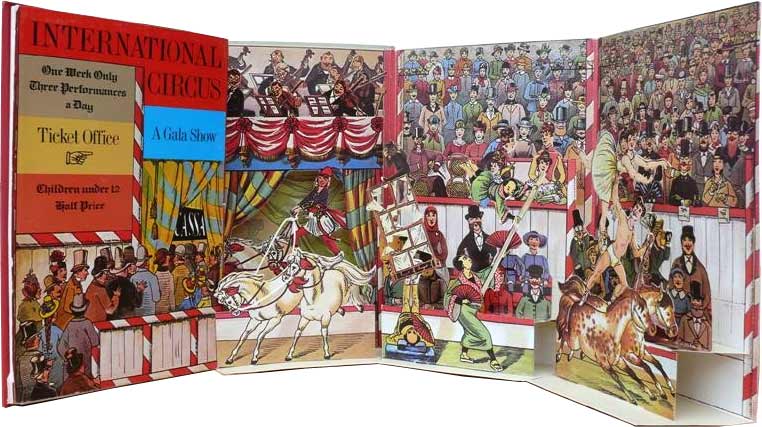 Bibby, Baron, and Sons build the first flexographic press.  This type of press uses the relief on a rubber printing plate to hold the image that needs to be printed. Because the ink that is used in that first flexo press smears easily, the device becomes known as Bibby’s Folly. Later improvements in the technology do make flexography one of the most used industrial printing processes.

Around this time the Miehle Printing Press & Manufacturing Co. is founded by Robert Miehle. The company builds flat-bed cylinder presses and from 1921 onward will also produce a series of popular vertical cylinder presses.

George Eastman changes the name of his company to Eastman Kodak Company, which later becomes Kodak. 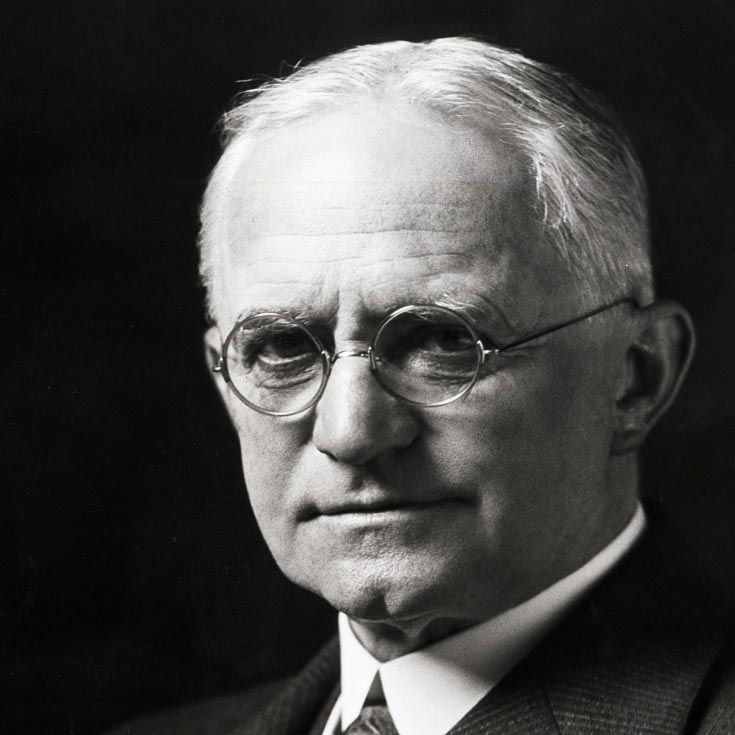 That same year the first issue of Vogue, the American fashion and lifestyle magazine, is published. It begins as a weekly newspaper but in later years becomes a monthly publication. 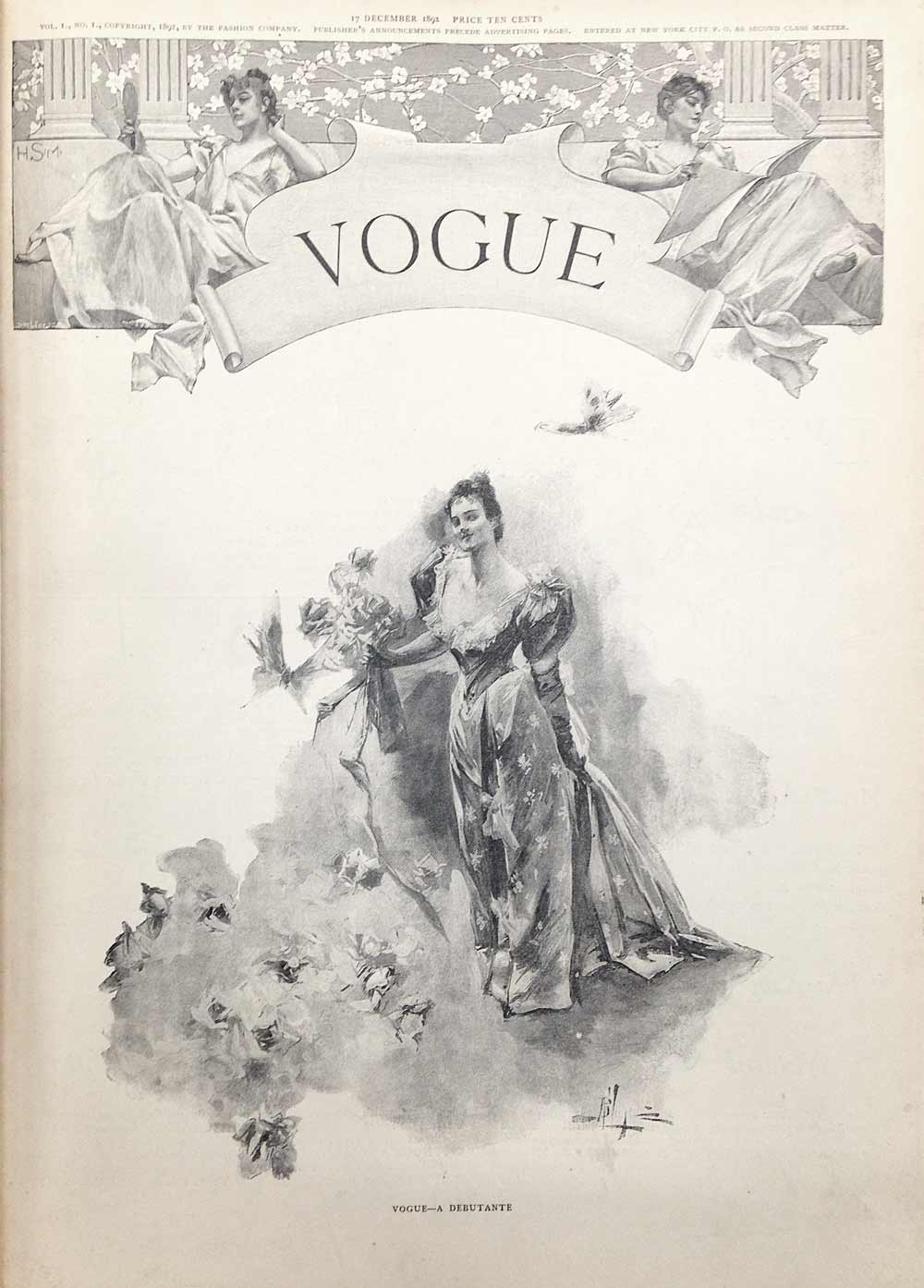 Addressograph International starts manufacturing the Addressograph, a machine that allows business to quickly print a series of addresses on envelopes, invoices, quotes or other documents. The system uses a chain with rubber stamps that are inked and then pressed on the substrate. The model shown belows dates from 1896. 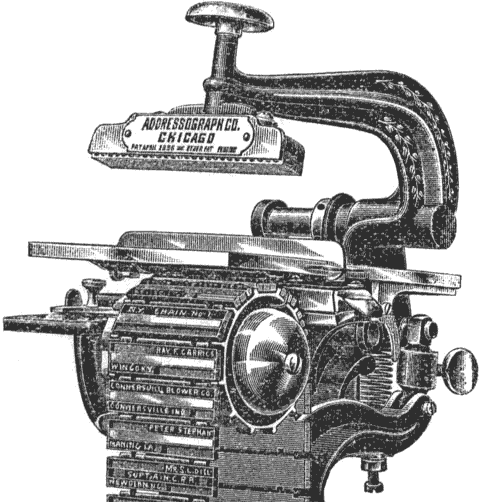 That same year the first Sears, Roebuck and Co. catalog is published. The image below is from the 1895 edition when bicycles were added. The first color section appears in 1897, to show off shoes in black, brown and red. The first specialty catalog for automobiles dates back to 1913 and the first Christmas catalog follows in 1933. The ‘Big Book’ catalog is discontinued in 1993 when the Specialty Catalog Group is formed. 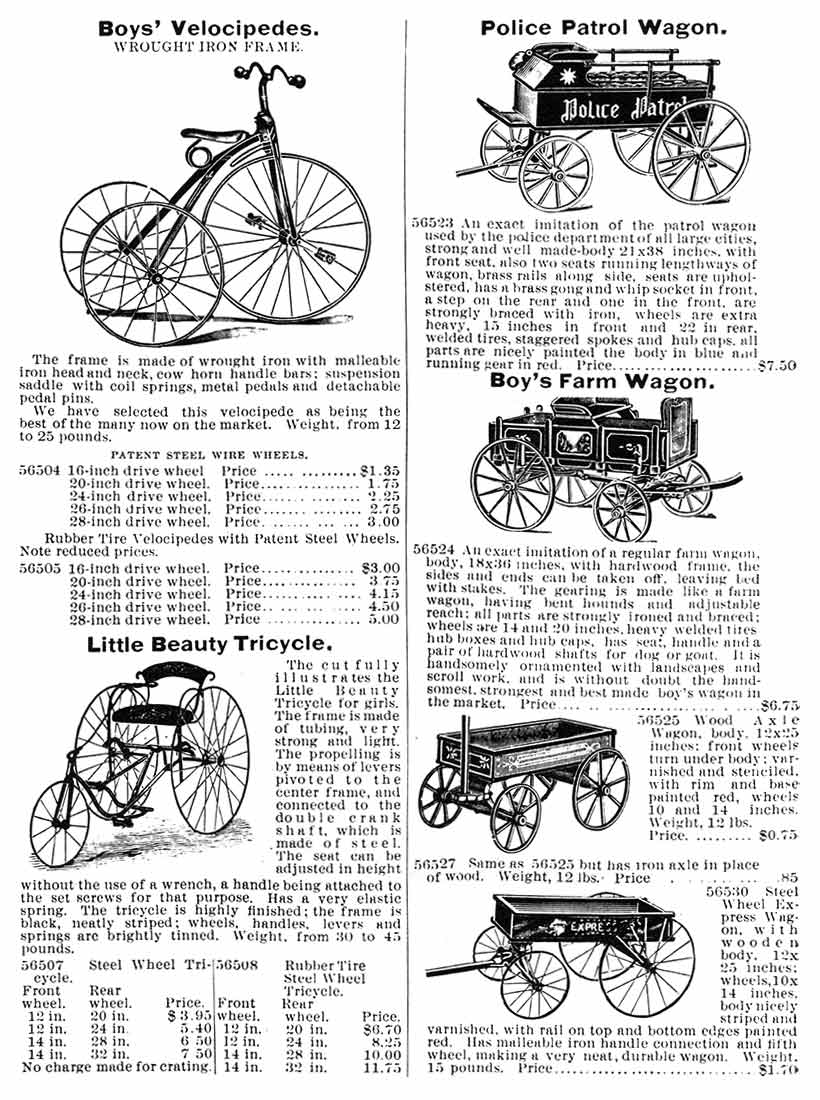 Also popular during the second half of the nineteenth century is the Railway Library. The novels in this series use a cheap straw pulp cover, allowing publisher George Routledge to make the books very affordable. 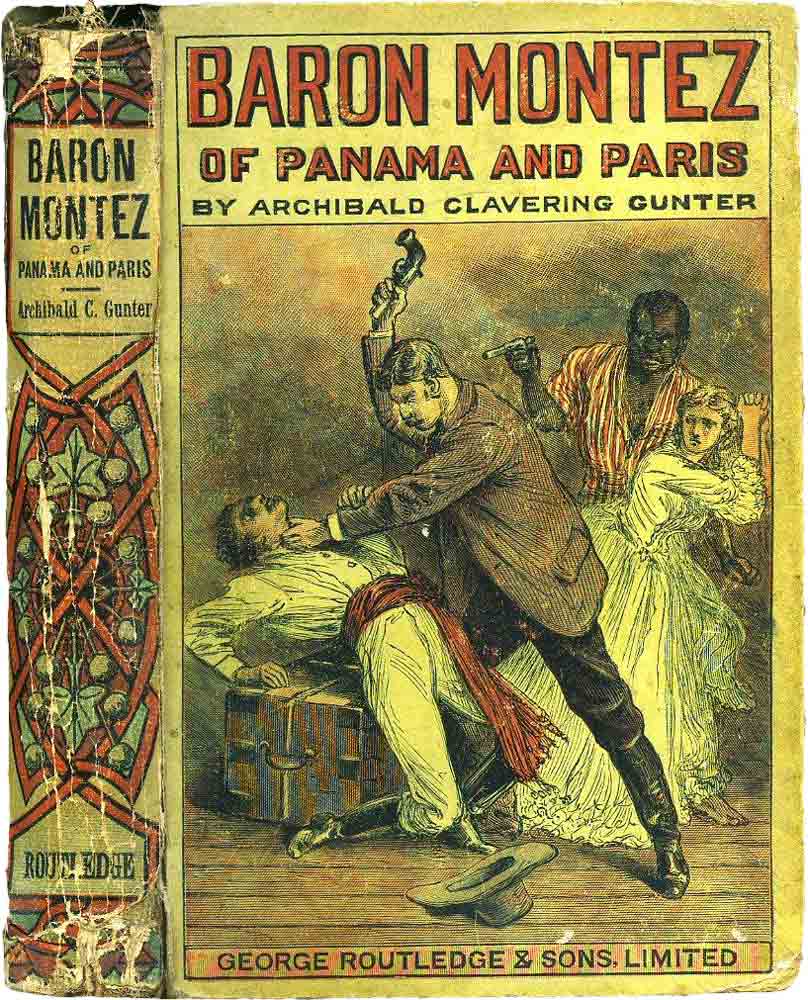 De Nederlandsche Financier in Amsterdam, Holland is the first newspaper on the European continent to start using a Linotype. Two years later the  Mergenthaler Setzmaschinenfabrik is founded in Berlin to cater for the European market.

Deutscher Buch- und Steindrucker is published for the first time. It is the precursor to ‘Deutscher Drucker’, still the leading German trade magazine.

Charles and Alfred Harris found the Harris Automatic Press Company to market the first printing press with an automatic sheet feeder.  The press is nearly ten times faster than handfed presses and the brothers have to understate its capabilities in order to get prospects to believe them. The company will produce many innovative presses before moving into the semiconductor business and selling off its printing division in 1983.

‘Yellow Kid’ by Richard Outcault is the first comic strip to use text balloons.

The Lanston Monotype Machine Company, founded by Tolbert Lanston in Washington D.C. in 1887, builds its first hot metal typesetting machine. In contrast to the Linotype which casts complete lines of type, the Monotype machine forms individual letters. That makes it easier to correct spelling mistakes by adding or removing an individual letter. This is an advantage for less time critical work, such as typesetting books. The Monotype system consists of two components: the keyboard and the composition caster. Text entered using the keyboard is output on a paper tape which can be fed into the caster which output slugs of metal type. Such a configuration allows multiple operators to typeset text that will be output on a single caster. 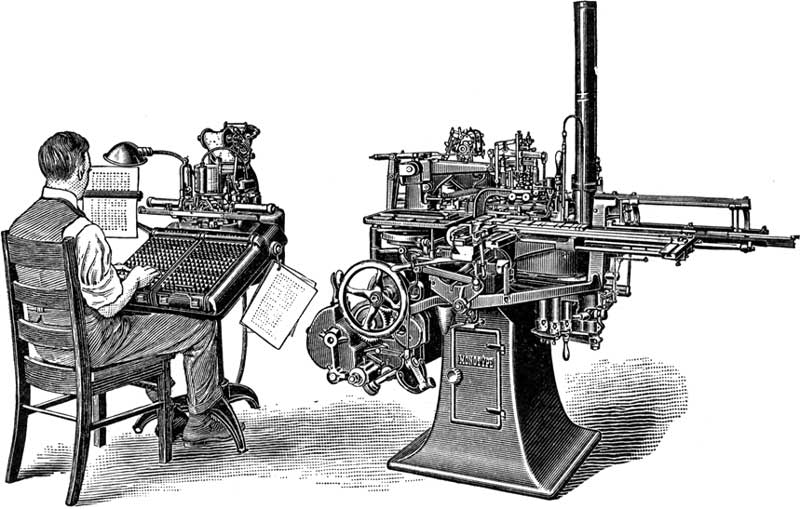 The July issue of Scientific American includes an advertisement for the Winton Motor Carriage. This is generally considered to be the first ad for an automobile. 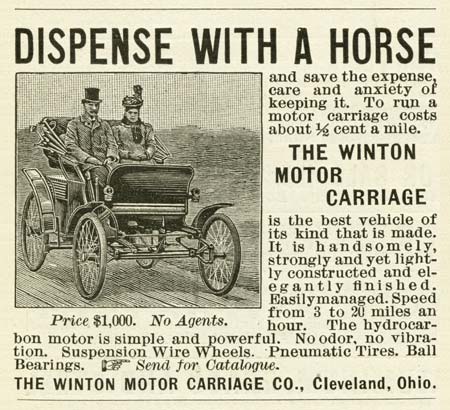