Photochrom or photochrome prints are a type of color prints that were very popular between 1890 and 1910. The photochrome process was mainly used to print postcards. Below is a collection of such old historic photos of steam trains, railways and railway stations around the world.

A steam train crosses a bridge in Nantes, France 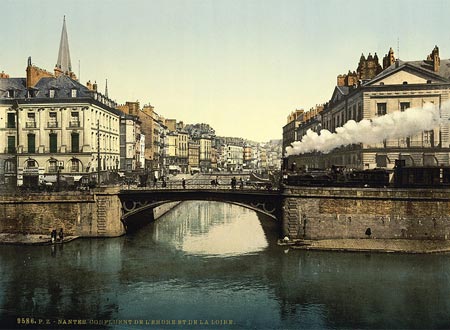 The railway bridge over the Severn rivier in Sharpness, England 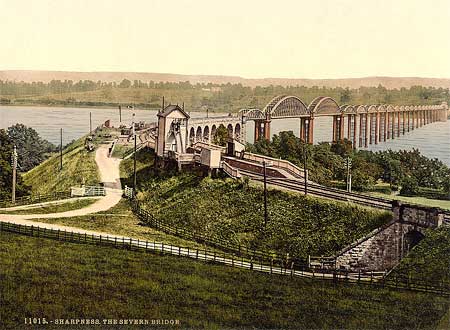 Two trains on the Ffestiniog railway in Wales, England 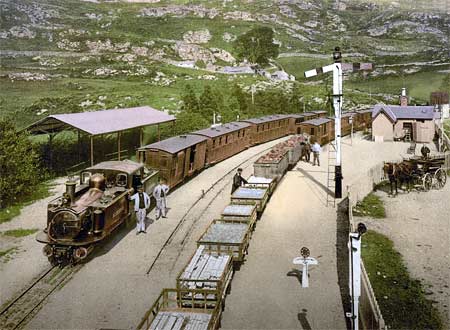 The Bahnhof – the railway station  of Köln, Germany 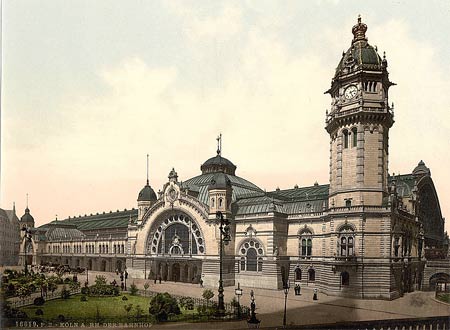 The Hollenthal viaduct and gorge in the Black Forest region, Germany 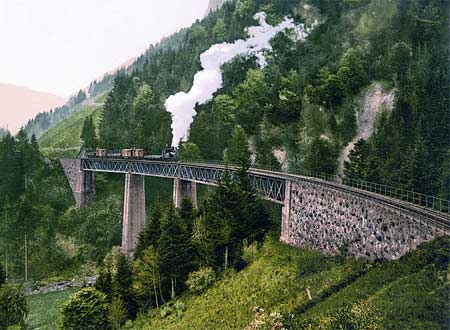 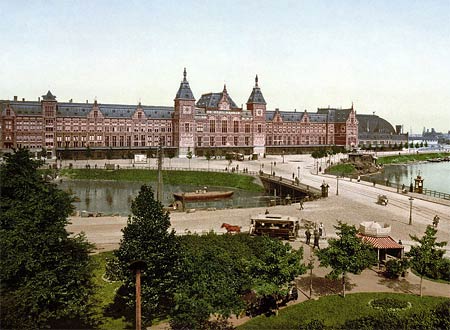 The Black Diamond Express in the Lehigh Valley, USA 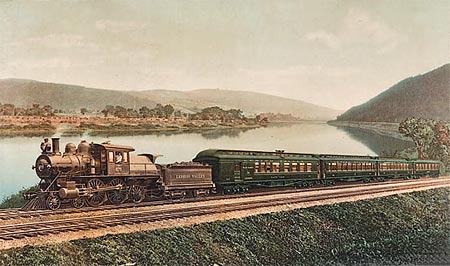 An elevating railway in the Catskill Mountains, USA 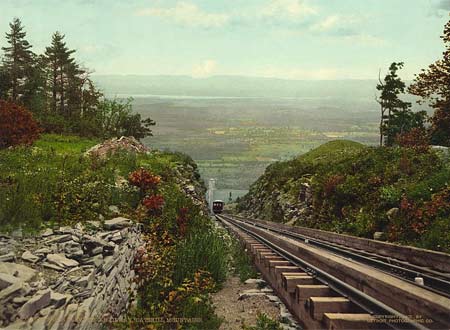 The ‘California Limited’ in a desert in the USA

Can’t get enough of these historic photos?  Check out additional photochroms of North America, England, Ireland and the European continent. I have alse made collections of pictures of sailing boats and steamers in harbors.