Paper currency originated in China over a thousand years ago. Nowadays it is used all over the world and is gradually being replaced by debit and credit cards, e-payments, and polymer banknotes. This page focusses on the process of printing currency.

As you can imagine there aren’t that many facilities that are allowed to print currency. This always happens either in a state-owned printing plant or one that is supervised by the government.

Banknotes are not printed using the same type of paper that is used for magazines or newspapers. They are printed on a substrate that consists of purely cotton (e.g. the Euro banknotes) or a mix of 75% cotton and 25% linen. Additional materials are often added as a security measure. These can be colored fibers or a security thread made of metal or a polymer.

Instead of using cotton and linen as the base material, there is a trend to use a synthetic substrate instead. These are the advantages offered by polypropylene banknotes:

In 1982 the American Bank Note Company printed the first plastic banknotes using DuPont’s Tyvek polymers. Australia was the first country to use polymer notes for general circulation from 1992 onwards.

In June 2016 the Bank of England introduced its first banknote printed on a polymer substrate. The five-pound note is called ‘The New Fiver’ and features a portrait of Winston Churchill. The new notes are printed by De La Rue, as can be seen in this ‘Making of’ video. 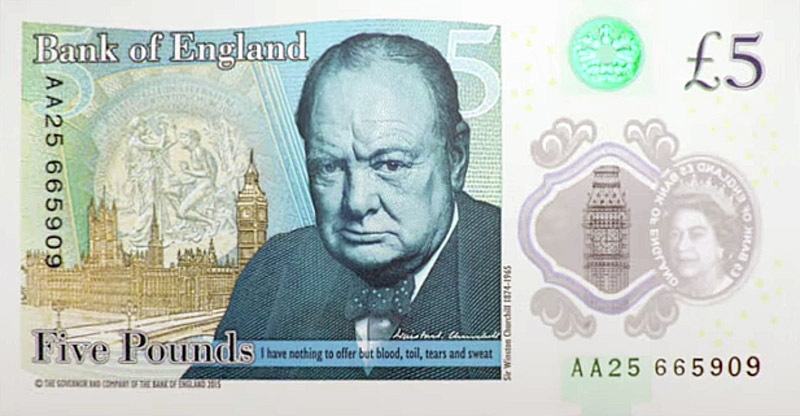 All modern banknotes incorporate multiple anti-counterfeiting measures. For high denominations up to 50 such elements can be used. Many of these techniques are well known but some are secret. These are some of the techniques used to secure banknotes: 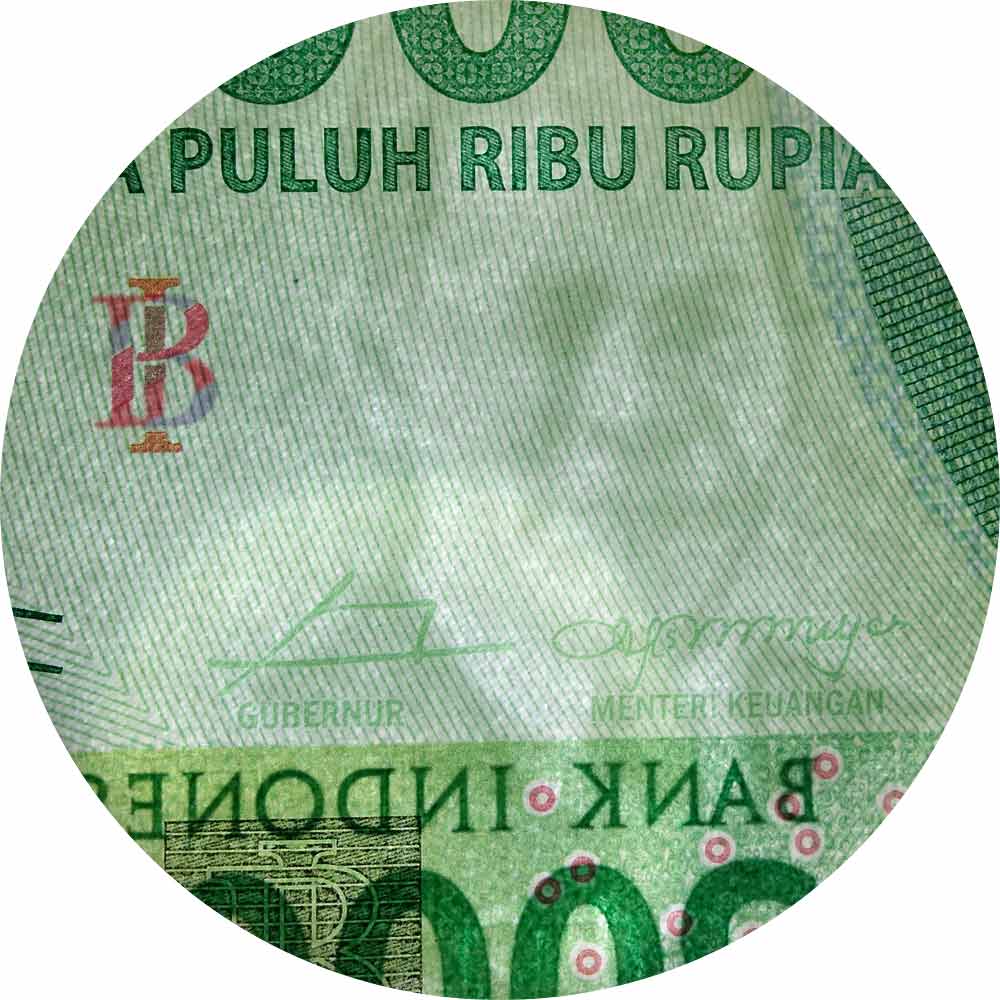 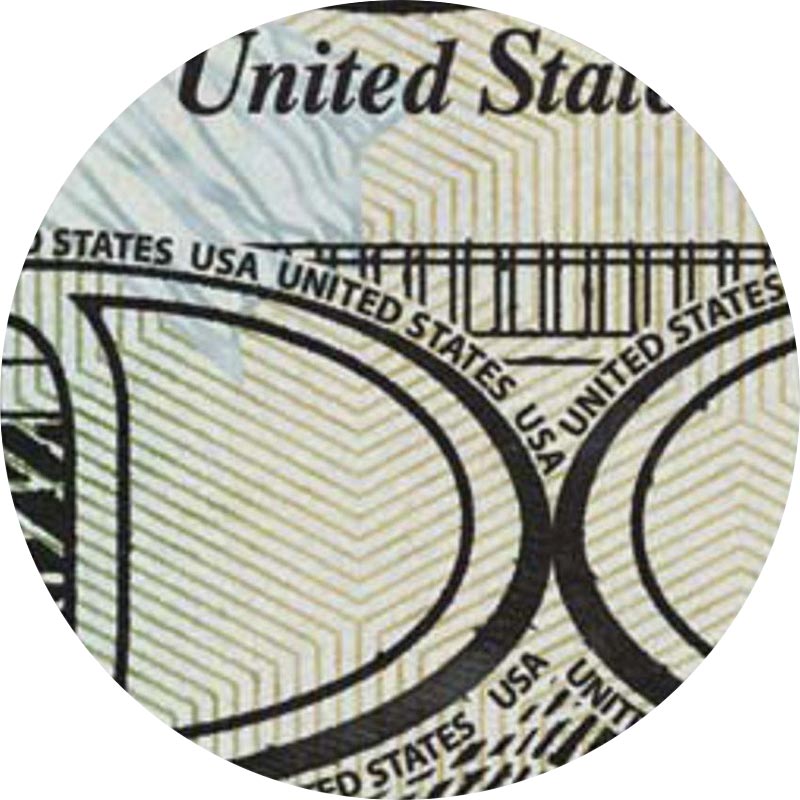 A short history of banknotes

The world’s first paper money was created in China during the Tang Dynasty (618–907) by merchants who wanted to avoid the heavy bulk of copper coinage. From 1023 onwards the Chinese central government produced their own paper money using woodblock printing.

The first European banknotes were issued in Sweden by Stockholms Banco, the precursor to Sveriges Riksbank, the central bank of Sweden. Each note was signed by hand by 16 prominent and trustworthy officials, to overcome objections that paper money would lead to the downfall of the Swedish monetary system. Within months other European governments and merchants also issued paper money. A lot of the early notes soon devaluated because there was no legal framework to guarantee the value of the currency and almost everyone could issue banknotes.

In 1695 the Bank of England was the first to initiate the permanent issue of banknotes. Initially these banknotes were handwritten but by 1745, standardized printed notes ranging from £20 to £1,000 were being printed.

In 1862 the United States issued their first one dollar bill in order to make up for coin shortage and to finance the Civil War.

Polymer banknotes were first developed in Australia. They were first issued as currency in 1988.

The largest banknote ever was the Chinese 1 Kwan, printed in the 14th century, measuring 9×13 inches.

The first US paper notes were printed in denominations of 1 cent, 5 cents, 25 cents and 50 cents. Apparently green ink was used on the first one dollar bill because it stuck best to the paper.

Green is of course still used today in dollar bills. In 2014 2278400 one dollar bills were in circulation, which was close to 40% of all the bank notes. The average production cost of a US bank note was 10 cents. Bills are composed of 25% linen and 75% cotton. According to the US Federal Reserve, the average lifespan of a $1 note was just 18 months back in 1990. By 2012, it had grown to 70 months because the replacement rate was slowed down.

A US banknote can be folded back and forth 4000 times before it tears.