The local weather was pretty bad in July 2011 so I spend more time than usual on the interwebs. A couple of images stood out as I jumped from one web page to another. A German site about print had the tag cloud shown below on its main page. In case you aren’t a web junky: a tag cloud is a visual representation for text data, typically used to depict keyword metadata usage on web sites. The bigger the text, the more important that tag is. Apparently the most important word on this print blog is ‘Insolvenz’ or insolvency. It is a sad day when bankruptcy is the most used keyword on such a site! 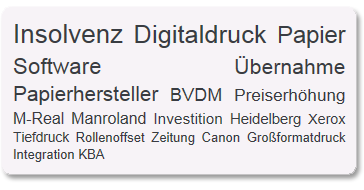 Of course the past decennium isn’t the first one in which our industry ran into such issues. In fact Gutenberg didn’t only build the first printing press around 1450 or so. He was also the first printer to go bankrupt! This advert from Vintageadbrowser shows the problem reared its ugly head in the 19th century as well. 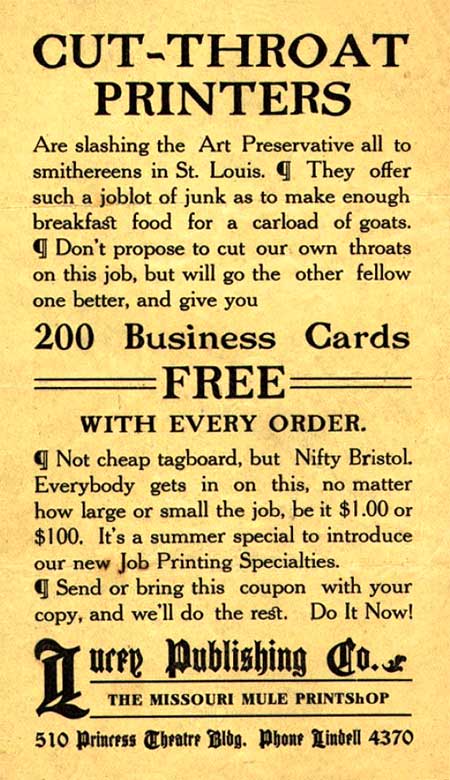 You may wonder what what all of this has to do with the boobs mentioned in the title of this post. That actually refers to the image below. The first thing you are supposed to notice is the bad kerning. 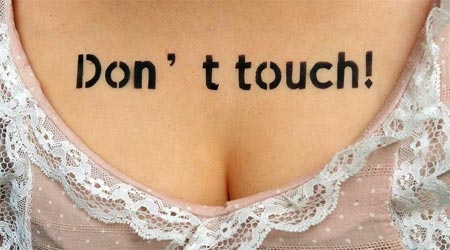 The picture was taken at a ‘SlutMarch’ in South Korea where women protested against violence and sexual crimes against women. The funny thing is that it got used by just about every ‘quality’ newspaper in Belgium. Apparently those publishers are willing to drop their standards a little when that might increase sales and improve their bottom line….. which brings us right back back to the fear of bankruptcy.