The protective paper cover of a hardbound book. It is sometimes called a ‘dust cover’ or ‘dust jacket’. 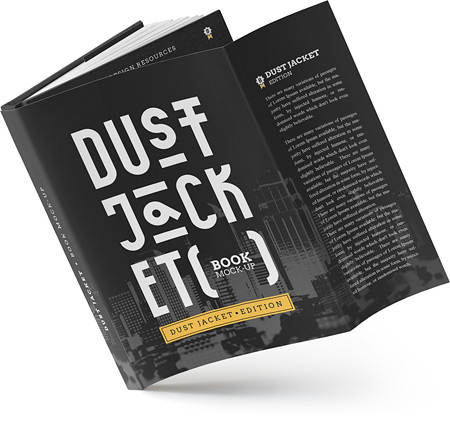 The text that appears on the jacket of a book. It typically includes a synopsis which is important for attracting customer interest and prompting a purchase.

Also see aliasing. The ragged edge of an image that is produced when a diagonal or circular line is scanned into a system and either displayed as pixels on a monitor or an output on an imagesetter. Jaggies are caused by a lack of resolution. Sometimes called “stair steps.”

A nowadays outdated removable disk technology, that was developed by Iomega. There are two versions, capable of storing either one or two gigabytes of information on a disk measuring about 10 by 10 centimeters.

Abbreviation for Just a Bunch Of Disks: a term used to describe an array of hard disks that do not use RAID technology.

Abbreviation for JPEG File Interchange Format, a file format used to store JPEG compressed images. Most people simply refer to it as JPEG. More information is available on this page.

A temporal phenomenon, it describes spurious variations in an otherwise regular wave train.

– A large-volume buyer of hardcover and softcover trade titles for resale to retail bookstores and libraries.
– A jobbing press

A printing press used in letterpress printing for small jobs, with a very limited run length or requiring less than a full-sized sheet of paper. Typical jobs include stationery, handbills, greeting cards or invitations. The image below shows a ‘Liberty’ jobbing press from 1872. 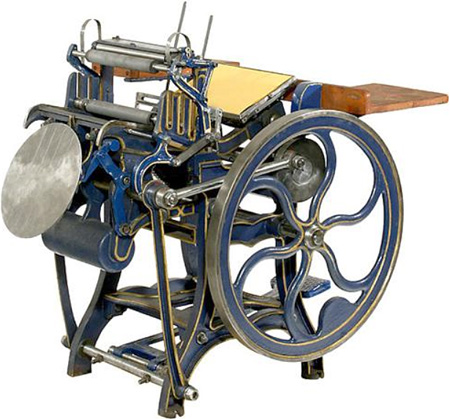 An electronic file format created by Quark for use in their layout application QuarkXPress. A job jacket contains instructions needed to properly handle and print a file. This includes specs such as required fonts, document paper size, and imposition.

A number assigned to a printing project used for record-keeping and job tracking. Also used to retrieve old jobs for reprints or reworking by customers.

The printing of such items as letterheads, invoices, invitations, etc.

In print production, the act of recording the whereabouts of all components of each job and the production time used for each function.

To vibrate a stack of finished pages so that they are tightly aligned for final trimming.

A vibrating, sloping platform that evens up the edges of stacks of paper. 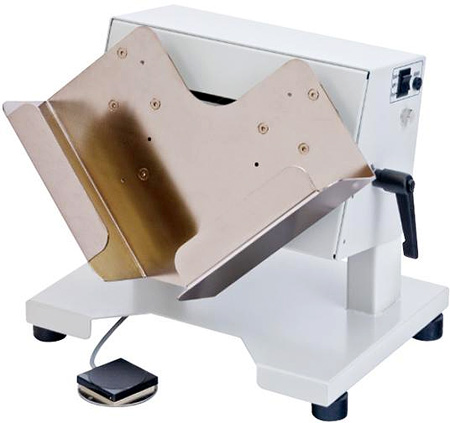 CD-ROM recording format that is commonly used on Windows computers. It is based on the ISO-9660 standard for writing CD-ROMs but allows for longer file names.

Abbreviation for Joint Photographic Experts Group, a compression algorithm named after the committee that defined it. More information about the algorithm can be found on this page, while this page discusses the JPEG file format (which is actually called JFIF).

A device that will store and replay many optical discs or data tapes.

A line of text that indicates when stories continue on, or from, other pages. Typical examples are ‘Cont. on page 3’ or ‘continued from page 1’.

The typographic process of setting lines of type so both left and right ends are flush to the margins so lines of type appear vertically aligned. Achieved by filling the type line until the last word or syllable fits, rather than by expanding or contracting the word and letter spaces to fill out the line to its specified measure.

Lines of set type that align on both their left and right-hand sides. The alternative to justified text are ragged right, ragged left and centered.

The act of text justification