The title of a newspaper or periodical as it appears on the front cover, or title page of each issue. Also called the masthead.

Abbreviation for Network Attached Storage – harddisks linked to a network and acting as a fileserver.

The file that was originally used to create a document.

A term to describe papers that have a color similar to that of wood; also called cream, off-white, or ivory.

Abbreviation of No Carbon Required – a paper coated with chemicals and dye which will produce copies without carbon paper. Also called carbonless.

NChannel is an extension of the DeviceN mechanism for defining spot colors in a PDF document. It was introduced in the PDF 1.6 specifications and is backward compatible with DeviceN. NChannel enables more accurate handling of color blending by including additional dot gain and color mixing information.

A photographic image (usually on a film base) with tonal values (image densities) the reverse of those of the printed image.

The space between elements in a composition, sometimes referred to as white space. In page layout, negative space refers to the parts of the page that are not occupied by type or graphics.

A story set in multiple columns at varying column depths in a magazine or newsletter layout.

Embedding one element inside another, for instance, a nested table can consist of a table that is embedded in another table.

A collection of computers that are interconnected.

A content wrapper for news items including NITF, photos, and other graphic materials. It provides metadata information about the contained news items, along with information about how the items are related. NewsML is media agnostic. It has been widely adopted globally.

A light, low-cost groundwood paper made especially for newspapers.

Irregularly shaped patterns, similar to oil on the surface of water, that appear in scans made from transparencies. These artifacts are caused by the varying amounts of air between the scanning cylinder (or plate) and transparency surfaces as they come into contact. The effect can be avoided by applying oil between the two surfaces. Some scanner manufacturers also use special grainy glass plates to minimize the risk of creating Newton’s rings.

The company founded by Steve Jobs in 1998 after leaving Apple. Until 2003 NeXT developed, manufactured and sold high-end workstations such as the Nextcube. 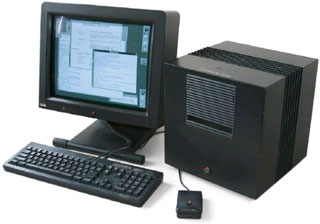 NeXT computers and the NeXTSTEP operating system had a big impact on the industry. The World’s first web server ran on a NeXT system. Heidelberg’s SignaStation imposition software and OneVision’s applications made their debut on this platform, making optimum use of its support for Display Postscript.

A stage in bookbinding where after sewing the sheets are pressed to expel air.

Abbreviation for News Industry Text Format, an industry standard that handles the content and metadata for news stories. SportsML is a related standard for specialized content in sports. NITF has been widely adopted globally.

When the basis weight of paper differs from the actual weight, the term nominal weight is used.

Abbreviation for Normalize Once, Output Many, a prepress workflow that uses Acrobat Distiller or a comparable product to normalize PostScript files into PDFs so that they can be output to a variety of devices at different resolutions and in different color spaces.