Printing registration that lies within the range of plus or minus one-half row of dots. It is the thinnest of the standard printers’ rules.

The thinnest rule that can be printed. Hairline rules do not necessarily print well.

A mode of transmitting data in either of two directions – one direction at a time.

A page with the title, but without the subtitle, author’s name or publisher’s name.

– A negative or positive image made by photographing an image through a screen so that the detail of the image is reproduced with dots. The reproduction simulates the different tones of the original by transforming them into dots of varying sizes arranged in a grid pattern that has a given frequency.
– A photomechanical or digital process that converts continuous-tone illustrations, or photographic images into a dot formation for reproduction by printing.

In digital halftoning, a halftone dot is made up of printer dots arranged within a halftone cell.

An exchange of signals between communications devices to verify that they are synchronized and ready for exchanging information.

– The first two-way signal exchange between two computers that determines whether or not they are connected, compatible, and ready to communicate.
– A communication protocol that was established by Scitex in the ’80s as a standard method to exchange data between color prepress systems and peripherals.

A style of composition which has the first line of a paragraph set to the full line length with all the following lines indented below the first.

Punctuation set just outside the measure of justified copy to achieve optical alignment.

The name of the script used to write the Korean language.

The Korean name for Han characters

Type of web press that can print eight-page signatures whose flat trim size is typically 17 by 22 inches. Half Webs use rolls that are 17 to 20 inches wide. They are also called mid-sized webs.

A case-bound book with a separate stiff board cover.

A printed copy of the text that is going to be typeset. Used to double-check and spot errors before processing.

A mass storage device for computers, usually installed inside the computer chassis, or something kept in a separate case beside it.

A halftone dot on film that has well-defined edges with no fringe. hard dots are exposed with a laser, or made by contact with another film. Dots made with contact screen have soft edges that can cause dots sizes to vary during plate making.

A special type of hyphen that is used when the two parts of a hyphenated word should not be separated. Also called a non-breaking hyphen.

A color proof made on a substrate directly from the store pixel data. When made directly from stored data, the hard proof is usually referred to as DDCP, whereas a video monitor proof is called a soft proof.

Return codes in word processing or layout applications that are mandatory, such as returns at the end of paragraphs.

Abbreviation for Hardware Compatibility List: a list that Microsoft maintains which keeps track of the hardware that Microsoft has tested for compatibility with their Windows operating system. The list can be consulted on their web site.

A computer failure that occurs when the read-write head of a magnetic hard disk touches the disk usually rendering information on the disk unreadable.

The larger bold text at the top of a page, article, or chapter.

The space between the top of the printed copy and the trimmed edge.

A web offset printing process in which ink is force-dried using an oven. The alternative technology is coldset, in which the ink is allowed to dry naturally through evaporation and absorption.

A red laser exposure device, with a peak output of 632.8 nanometers, that is used for exposing red-sensitive photographic films, paper, plates, or cylinders. Helium-neon lasers are claimed to be more stable and less expensive to purchase and operate than blue argon lasers. Nowadays this type of laser is no longer in use, being superseded by red laser diodes.

Digital files, containing instructions for software use, that are accessed from within a software program. Help files are used to supplement the instructions contained in program manuals. Ñ

A unit of frequency equal to one cycle per second for electronic or optic signals. Abbreviated as Hz.

A color model which uses six primary colors (cyan, magenta, yellow, orange, green, and black) to simulate a full range of colors. Hexachrome has a much wider gamut than traditional CMYK. This makes it useful for jobs that require high color fidelity or that contain lots of Pantone spot colors that have to be matched as accurately as possible. However, printing hexachrome jobs is more expensive than conventional CMYK printing, because of the two extra colors that have to be printed. It also requires special software to handle the color separations of scans.

A system of numbering based on “16”. The 16 “digits” include numbers 0 through 9 and letters A through F.

Abbreviation for Hierarchical File System: the file structure used when formatting a volume (disk) for use in the Macintosh operating system (prior to OS X).

A spot or imperfection in printing caused by dirt or hardened specks of ink. The problem is most visible in areas of heavy ink coverage. A hickey is also called a bull’s eye or a fisheye. There are 4 of them in the image below. 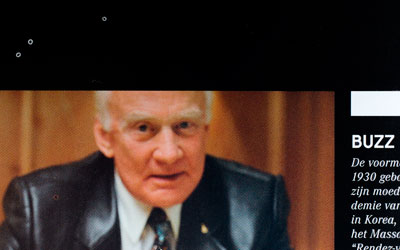 Paper stock that is comparatively thick in relation to its basis weight.

A halftone that is made utilizing only the highlight tones down through the middle tones.

The lightest area in a photograph or illustration.

Describes device and systems that are relatively high-priced and high-quality.

A very light, possibly overexposed, transparency that has most of the important detail in the highlighted area and has very few shadow areas. The contrast must be adjusted differently for high-key transparencies than it is for normal low-key transparencies.

The most white portion of the original or reproduction that has no color cast. In the reproduction, it may print the smallest printing dot, the diffuse highlight, or print no dot, the specular highlight.

The highest density of a halftone image.

Abbreviation for Hyphenation and Justification

Abbreviation for Hostmann-Steinberg, K+E, Schmincke: a system for describing specific ink colors that is named after the 3 companies that developed it. It is similar to the Pantone system and mainly used in Germany.

Abbreviation for Hue, Lightness and Saturation

The space on the spine of a case-bound book between the block of the book and the case binding.

The act of storing files on a common server and making them available to their owner or others. This website is hosted by IDCsoft on a server in the United States.

An adhesive used in the binding process, which requires heat for application.

A type of paper that a printer keeps on hand in his shop.

Abbreviation for Hewlett Packard Graphics Language, a CAD file format that is used for pen plotters.

Abbreviation for Hue, Saturation, and Value

Abbreviation for HyperText Markup Language. A text description language related to SGML; it mixes plain text content with text format markup to describe the formatted text. HTML is used as the source language for Web pages (including this one) on the Internet.

Abbreviation for HyperText Transfer Protocol – an application protocol for distributed, collaborative, hypermedia information systems. It is the foundation of data communication for the World Wide Web.

The amount of contamination in a process color pigment or ink that alters its appearance from that of a perfect process color. For example, because of yellow contamination, most magenta inks appear redder than a pure magenta ink, which is purplish red. All color separation software attempts to color correct for this error by reducing the dot sizes of the unwanted colors.

The attribute of color that designates its dominant wave-length and distinguishes it from other colors. Red is a different hue than green. While dark red and bright red may have a different brightness or lightness, they may have the same hue.

A compression algorithm used in a number of popular compression programs as well as in the JPEG algorithm. Check this page for more information. 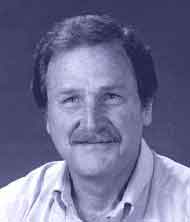 A large initial letter that is set in the left margin of the first line of a paragraph.

In packaging, this refers to a tuck style box with a glued bottom and product entry from the top of the box.

When text is typeset ragged right, the hyphenation zone sets the area within which words can be hyphenated, thereby controlling the number of hyphens that will appear.