Scitex introduces the minicomputer-based turnkey Response 300 color prepress system for creating and color correcting full pages. It includes an integrated color drum scanner, image editing workstation and laser film plotter. The software offers many of the functions we nowadays take for granted in applications like Photoshop but which were absolutely stunning in 1979.

This advert for the Scitex Response system is from around 1981. 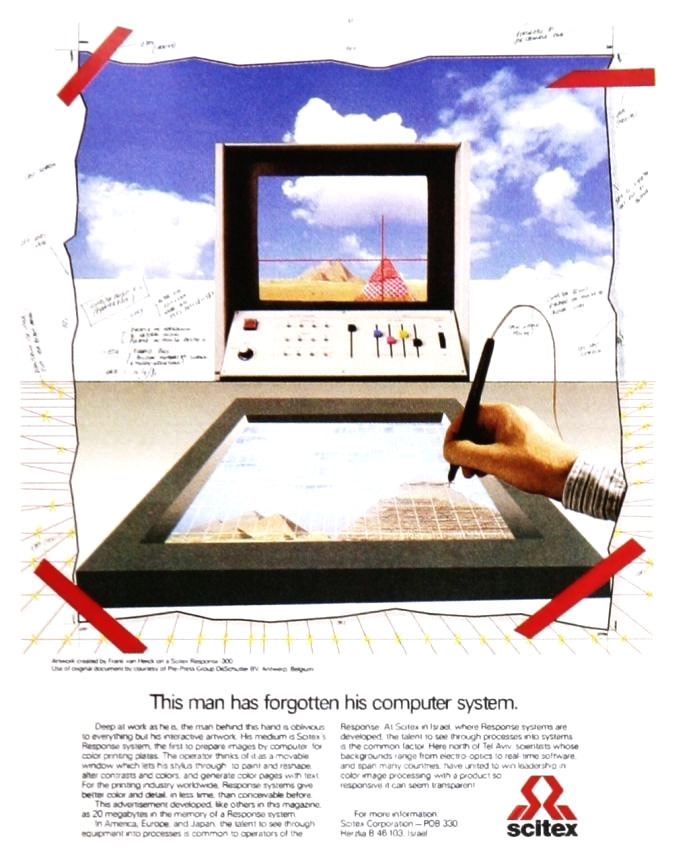 Laser printers like the IBM 6670 and Wang Image Printer are more reasonably priced than the very first models. The IBM 6670 can also be used as a copier, with a speed of 36 pages per minute.

Computers make their entry in finishing equipment: Muller Martini use a microprocessor-driven control system in their equipment.

MAN Roland Druckmaschinen AG is formed  as a result of the merger of the printing press division of Maschinenfabrik Augsburg-Nürnberg and Roland Offsetmaschinenfabrik Faber & Schleicher. In 2008, the company will be renamed to manroland.

WordStar is the first commercially successful word processing software for microcomputers. A year later SSI*WP, the predecessor of Word Perfect, is released.

As its name implies VAG Rundschrift or VAG Rounded is created for car manufacturer Volkswagen AG. The typeface is first rendered by hand and then perfected on a PDP-8 minicomputer.

These are some important or remarkable events from 1979: