Woodcut is a relief printing technique in which text and/or images are carved into the surface of a block of wood. The printing parts remain level with the surface while the non-printing parts are removed, typically with a knife or chisel. The wood block is then inked and the substrate pressed against the wood block. This printing technique is also called xylography or block printing.

Woodcut was first used for printing on textiles. The earliest known Chinese examples consist of flowers printed in three colors. They are likely produced during the Han dynasty (before 220 BC). The earliest surviving example of a book printed using woodcut is a copy of the Chinese version of The Diamond Sūtra from the ninth century. Below is a small detail of one of its pages.

By 1300 block printing was also in common use in Europe as a method for printing on cloth. The first European xylographic books and playing cards were produced in Germany and Holland around 1430. The Ars Moriendi is an example of such a book, containing woodcuts that illustrate ‘a good death’. 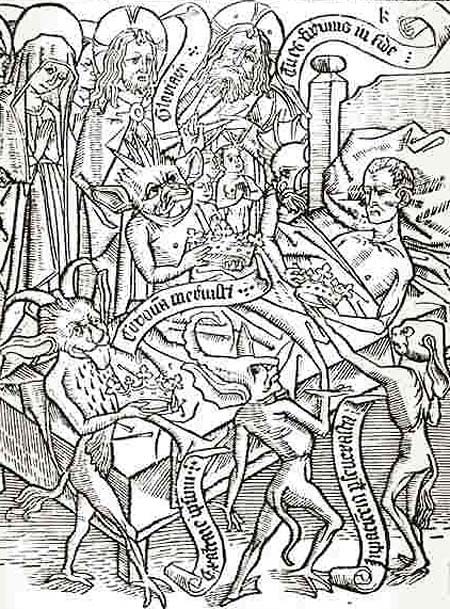 From the late 15th century onwards woodcuts were gradually replaced by copper engravings for illustrating books.

The technique remains in use even today by artists who want to reproduce single images (so called single-leaf woodcut). By using multiple blocks, woodcuts can even be printed in color.