1972 is an important year for editorial systems for newspapers. Harris introduces its Harris 2500 system while DEC announces the Typeset 11 system. A number of major newspaper and IBM form the ‘The Newspaper Systems Development Group’ to define and implement a system for producing fully composed pages containing text and graphics. Of course new systems push out the old: that year the last Linotype is manufactured in the USA.

DuPont Cromalin is launched. It will become the industry standard proofing system until inkjet devices take over.

Harris introduces the 2200, a revolutionary terminal for creating display ads for advertising. It is a very interactive typesetting system. A trackball is used to select a piece of type while a status line shows the location, font and point size of the selected piece.

The ROLAND 800 is the first sheetfed offset press with an integrated ink control system. It can print up to 10,000 sheets per hour. It is one of the highlights of the drupa 1972 show, which for the first time has a show floor that is 100,000 square meters. The other one is the Heidelberg GTO 52, of which a 4-color version is shown below. Of this press 106,000 units are sold worldwide until production is halted in 2014. 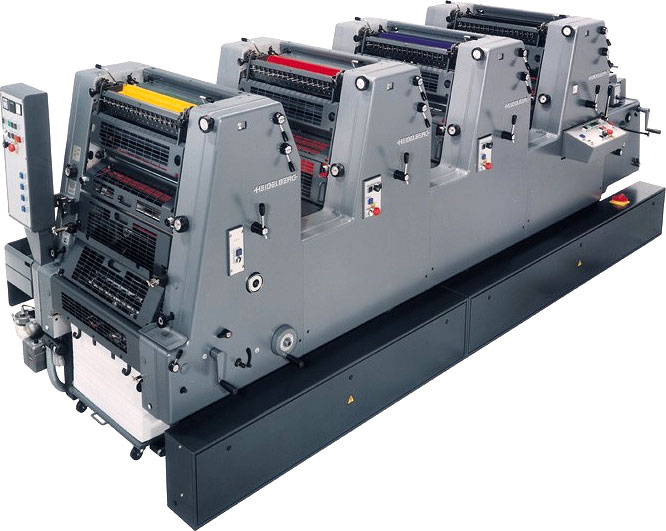 Müller Martini develops its first offset web press for business forms. The company will continue making printing presses until 2015 when it shifts its focus entirely to finishing machines.

David Pelham designs a new cover for ‘A Clockwork Orange’, the novel written 10 years earlier by Anthony Burgess. It becomes one of the most iconic book covers ever. 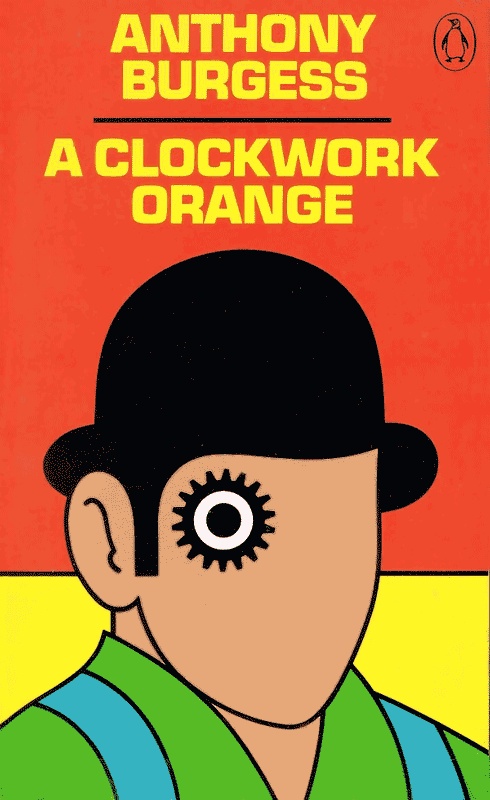 URW is founded. Until its bankruptcy in 1995 it is one of the largest type foundries. One of its founders, Peter Karow, created Ikarus, possibly the first font editor for digital typefaces. One of the typefaces introduced that year, Serpentine from Dick Jensen, has a distinct 70’s look to it.

These are some important or remarkable events from 1972: