Ikarus is the first computer application to digitally generate fonts at arbitrary resolution.

Fun trivia: When industry veteran Frank Romano bought a Linotron 505 for his company he was shocked at the pricing of spare parts. He decided to find out what was in the machine, removed the case and discovered that most of the innards of the Linotron 505 were available at Radio Shack, the chain of electronics stores. Subsequently Romano wrote an article in TypeWorld listing those Radio Shack parts numbers. Linotype sued him for copyright infringement. They lost and Romano then countersued Linotype. He won and used the proceeds from the settlement to build an addition onto his home. It was called the ‘Linotype Wing’.

The Comp/Set is the first AM Varityper phototypesetter with an integrated monitor. Below is the advert for this machine (note the company tagline ‘the informationists’ and the fact that in those days you could still write a company to ask for more information). Compugraphic introduces the Unified Composer, a similar type of machine with integrated floppy drive and monitor. 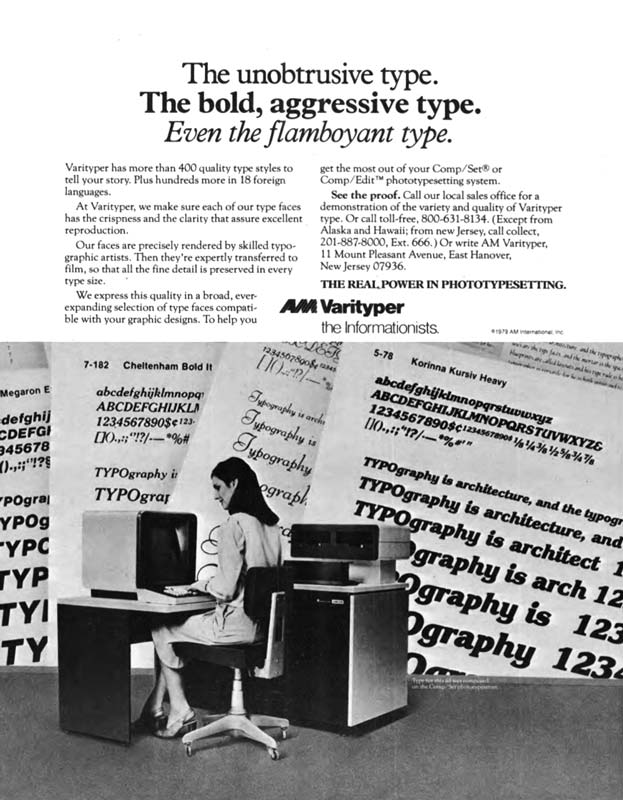 Fotoba is founded in Italy. The company manufactures cutting devices. 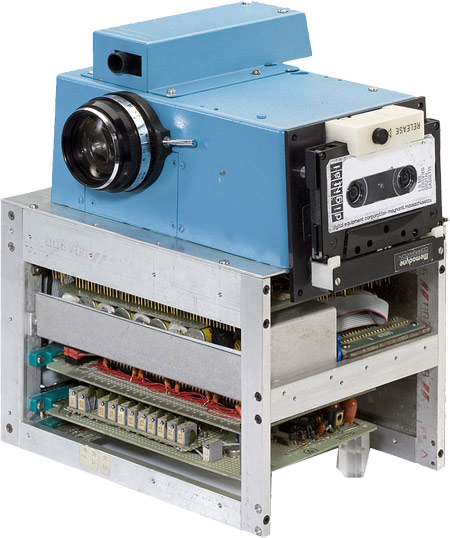 These are some other headlines or remarkable news events from 1974: