Prior to 1976 text and images were treated separately. That changes with the release of the Monotype Lasercomp, which has an architecture that is still in use today: a computer called a RIP or Raster Image Processor calculates the bitmap pattern that needs to be imaged which a separate imagesetter takes care of the actual output.

The Monotype Lasercomp is the first phototypesetting system that uses a laser and comes with a RIP or Raster Image Processor. This unit cannot only create digital typefaces, but it can also handle (crude) graphics. 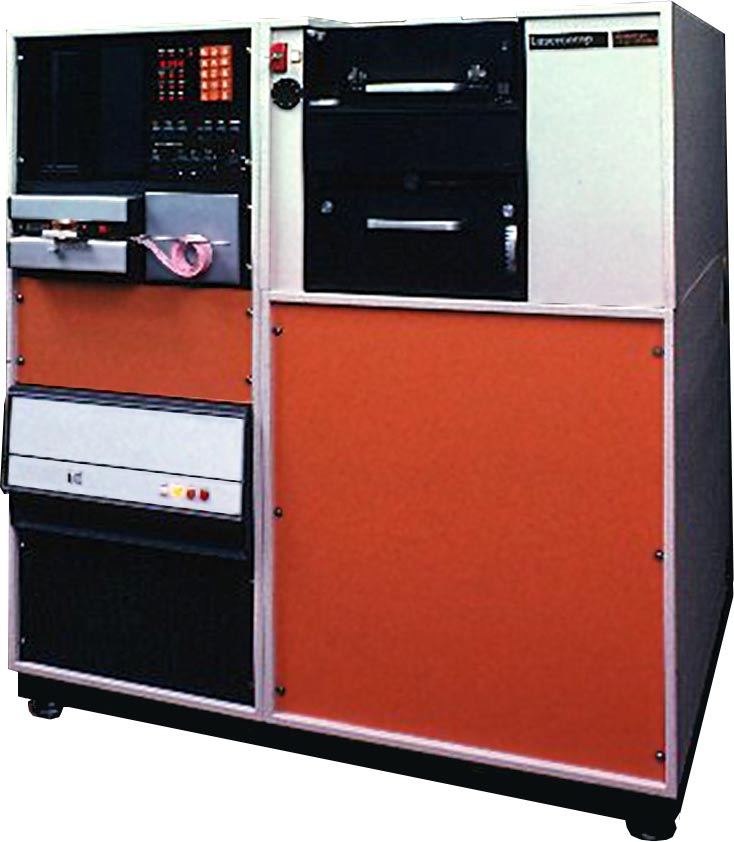 The systems manual has a very modern look to it. 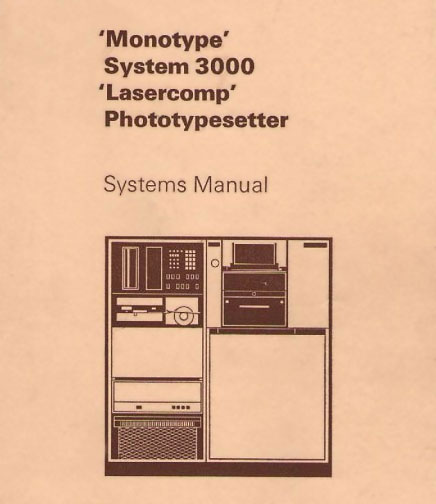 Apple is founded by Steve Jobs, Steve Wozniak, and Ronald Wayne. Its second computer, the Apple II, is introduced on 16 April 1977 and becomes a runaway success. 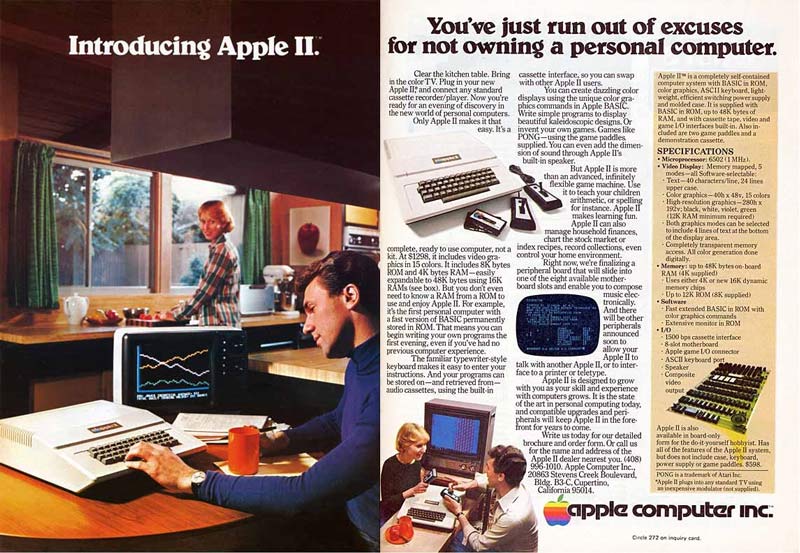 Apple’s second logo is designed by Rob Jannoff and described by one of the Apple execs as ‘the most expensive bloody logo ever designed’ because of the cost of having it printed properly on machines and brochures.

The production of Linotype hot metal composing machines is halted.

Adrian Frutiger designs a sans-serif typeface for all the signage at the Charles De Gaulle airport. The font family is publicly released as Frutiger in 1976. Updated versions are released in 1999 and 2009.

Another classic from that same year is Eras from Albert Boton and Albert Hollenstein.

These are some important or remarkable events from 1976: