German printing company Dr. Böger Duplomat decides to move into typesetting and forms Scangraphic. The company will build digital composition systems and imagesetters until it is acquired by Mannesman AG in 1989.

The Compugraphic MCS (Modular Composition System) is a direct competitor of the Scantext 1000 and similar Mergenthaler Linotype systems. It is equipped with a 16-bit Intel 8086 CPU and twin 5.25-inch floppy drives. The option to run CP/M software allows small companies to also use the machine for bookkeeping or other administrative tasks. CP/M is a precursor of MS/DOS. For output on photographic paper three phototypesetters are offered, including the CRT-based 8400. 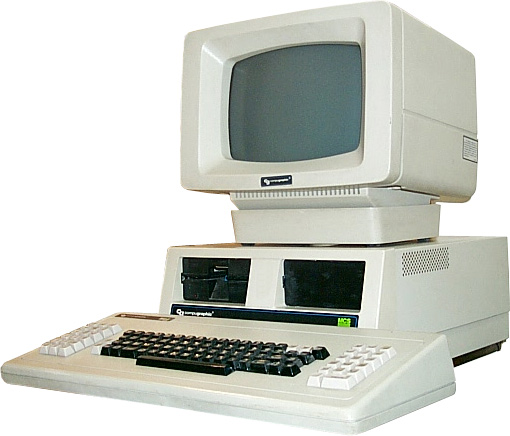 Bitstream Inc. is founded as the first independent foundry that makes fonts for digital typesetting.

The first Seybold Seminars is held at the Airport Marriott Hotel in Los Angeles. The image below shows John Seybold at the keyboard. 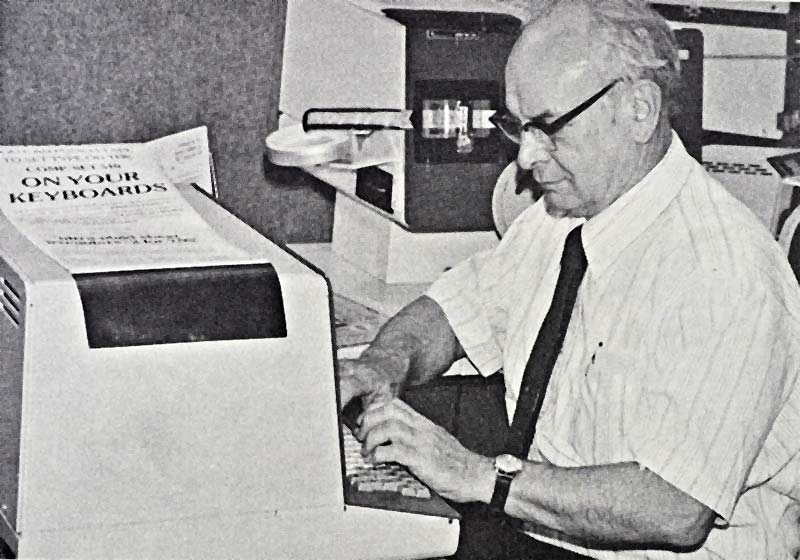 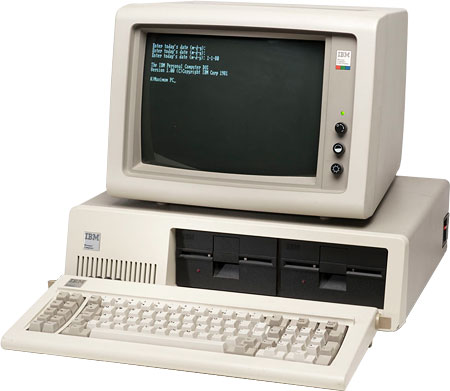 Another new and popular computer that year is the Osborne 1, a luggable computer with a really tiny monitor. Its key selling point is the bundled software, which includes the WordStar word processor. 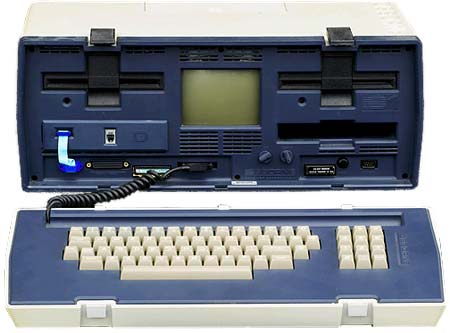 The Xerox Star 8010 is not a commercial success, but it is one of the most significant computer systems from that era. It introduces the concept of the ‘desktop metaphor‘ with documents being represented by icons and a WYSIWYG editor.

Adaptec is founded. It will become the most important manufacturer of add-on SCSI-cards, used to connect peripherals like scanners and CD-ROM drives to computers.

These are some important or remarkable events from 1981: