The Apple Macintosh is a ground-breaking computer which for the first time combines a graphical user interface and a mouse with a ‘reasonable’ price tag of $2490 (taking inflation into account that is over $5000 today). Even though its memory is limited to 128K, it has a single 400K disk drive and the 9-inch monitor has a resolution of only 512×342 pixels, the concept is ahead of its time and will have a profound effect on the graphic arts market. 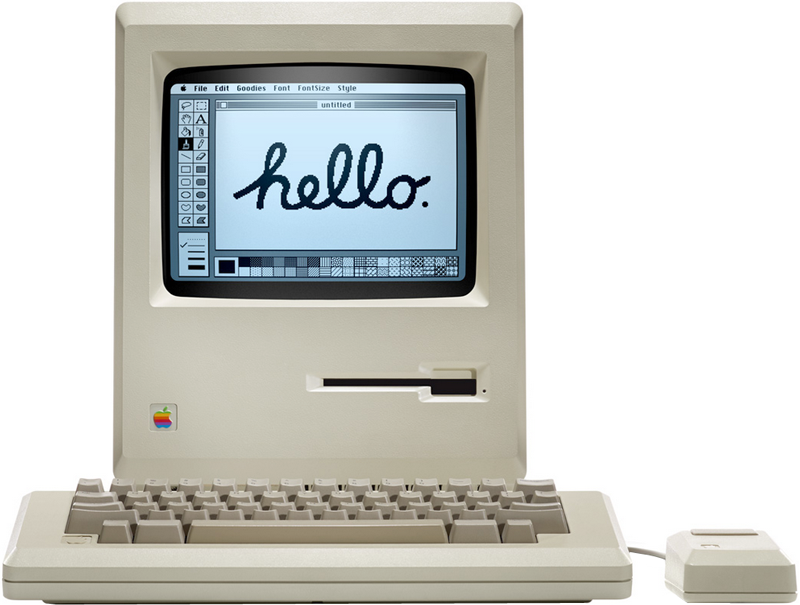 More important than the hardware is the Macintosh operating system and software, such as the MacPaint application that is bundled with the system. 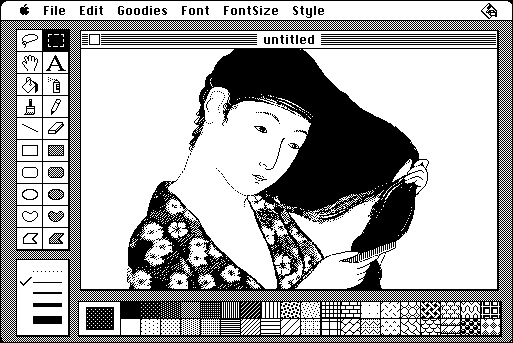 Adobe launches PostScript, a page description language that can be used to control output devices like laser printers. It offers some huge advantages that contemporary systems don’t offer: the language is device independent which means that a PostScript file can be output on both 300 dpi laser printers and high resolution imagesetters. Any manufacturer can buy a license for the PostScript interpreter and its specifications are freely available for companies to write software that use its powerful features.

Linotype introduces the Linotronic 300 imagesetter, the first 2400 dpi output device to ship with a PostScript RIP. 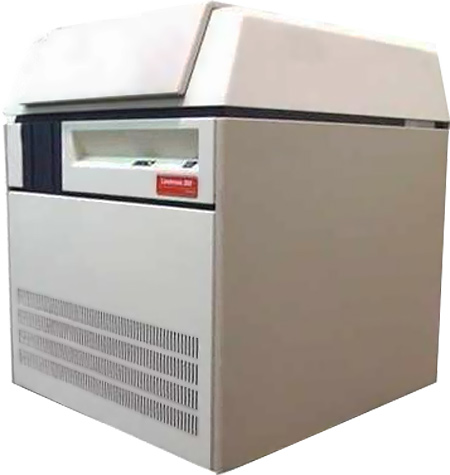 The PostScript RIP or Raster Image processor is a separate box not shown on the above picture. It converts the page description generated by applications like PageMaker into the pattern of pixels that the laser inside the Linotronic images on photographic film or paper.

Linotype also make a wider version of this engine, the Linotronic 500. 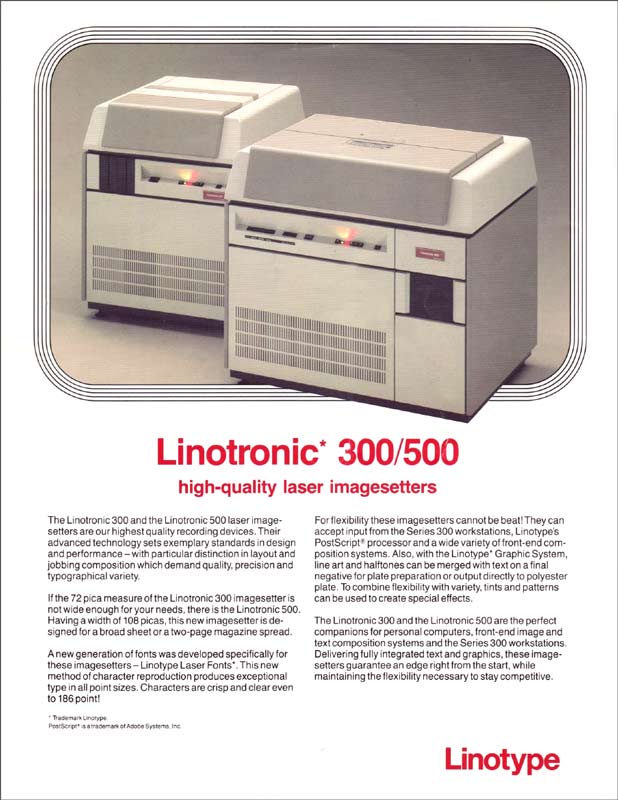 The LaTeX word processor and document markup language is released. It is mainly used for publishing scientific documents and books or articles that contain complex multilingual materials.

Seen this typeface from 1984 before? It is called Mastercard. Ah yes, you have seen it before.

These are some important or remarkable events from 1984: