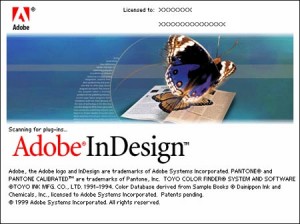 • Acrobat 4 is launched in April 1999. It supports the PDF 1.3 file format, which is the first version of PDF that is really suitable for prepress. By this time, PDF is already the established file format for information exchange with over 100 million copies of Acrobat Reader downloaded from the web.

• Heidelberg and Creo announce Prinergy, a jointly developed workflow based on PDF and Adobe Extreme technology. After the fall-out between both companies in 2003, Creo continues the development of Prinergy while Heidelberg launches its own PrintReady workflow.

• The Escher-Grad Cobalt-8 is the first violet 8-up CtP system on the market.

• Bitstream creates MyFonts.com, a website that makes it easy to find, try and buy fonts online.

• Palatino Linotype is an updated version of the typeface that Hermann Zapf created in 1948. It includes extended Latin, Greek and Cyrillic character sets.

• Turkey is hit by a very heavy earthquake of magnitude 7.4.

• War erupts in Kosovo as well as East Timor.

• Stanley Kubrick, the director of ‘Dr. Strangelove’, ‘2001: A Space Odyssey’ and ‘A Clockwork Orange’ dies.

• Panic breaks out over the possible dangers of the Y2K bug.