Vellum is a parchment that is made from calf skin. It was used for manuscripts in medieval times, as shown in the image below. Even a quarter of the first Bible for which Johannes Gutenberg used movable type was printed on vellum. Much to my surprise the British House of Lords still record their Acts of Parliament on vellum. They briefly considered a switch to paper in early 2016 but had to reverse that decision due to public outcry. You have to admire the Brits for sticking to age old customs! 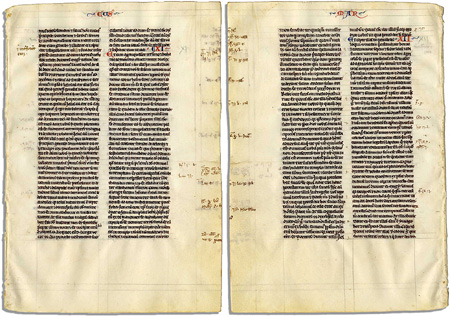 Vellum is also used to describe a fairly even uncoated and creamy paper finish.