The Daily Courant is the first British daily newspaper. The single page two column newspaper only focusses on foreign news. It has advertisements on the reverse side and is published until 1735 when it merges with the Daily Gazetteer. 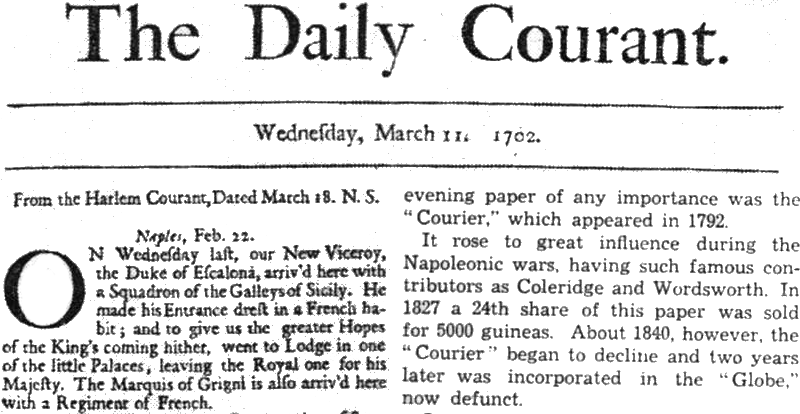 The Boston News-Letter is the first newspaper that is published on a continuous basis in British North America. It is subsidized and controlled by the British government and has only limited circulation. 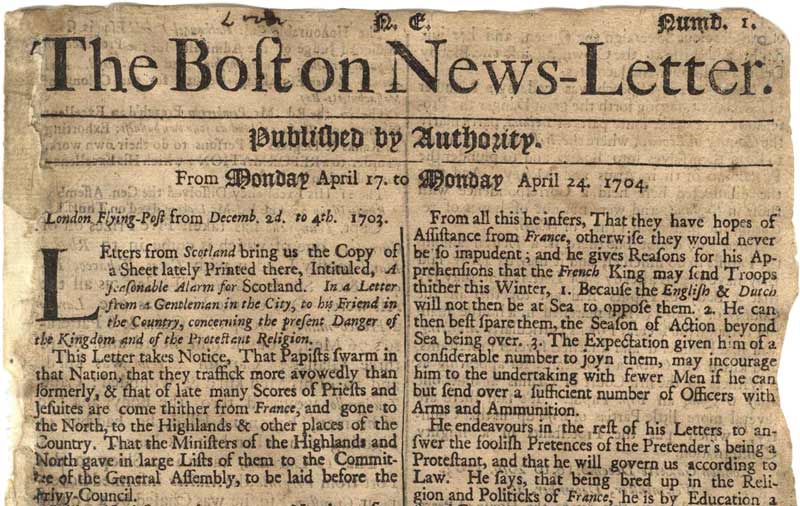 The Statute of Anne is the first modern copyright law. It originates in the United Kingdom.

The German painter and engraver Jakob Christof Le Blon produces the first engraving in several colors. He uses the mezzotint method to engrave three metal plates. Each plate is inked with a different color, using red, yellow and blue. Later on, he adds a fourth plate, bearing black lines. This technique helped form the foundation for modern color printing. Le Bon’s work is based on Newton’s theory, published in 1702, which states that all colors in the spectrum are composed of the three primary colors blue, yellow and red.

William Caslon is an English typographer whose foundry operates in London for over 200 years. His Caslon Roman Old Face is cut between 1716 and 1728.  The letters are modeled on Dutch types but they are more delicate and not as monotonous. Caslon’s typefaces remain popular, digital versions are still available today.

The New England Courant is published by James Franklin, the older brother of Benjamin Franklin. The market for such newspapers is still very limited with press runs (the total number printed) of 300 or less.

The Scottish goldsmith William Ged invents stereotyping. In this process, a mixture of plaster is poured on a tray of completed type to make a mold from it. Hot metal is poured into this mold and allowed to set. The resulting stereotype or cliché is a printing plate that is an exact copy of the original. From 1848 onwards molds are created from papier-mâché instead of plaster. The image below shows such a paper stereotype. The stereotyping process makes larger press runs as well as reprints much cheaper. It is used extensively for printing books and newspapers until the late 1800s when it is gradually getting replaced by electrotyping which delivers sharper copies in which finer detail can be preserved.

In London the Biblia or ‘a Practical Summary of ye Old & New Testaments’ is printed. This tiny 4 by 3-centimeter shortened version of the Bible is bound in leather with reliefs. It contains 284 pages with 14 wood engravings. Tiny books like this are popular collector’s items to this day.

The Gentleman’s Magazine, considered to be the first general interest magazine,  is published for the first time. Its editor, Edward Cave, is the first to use the term ‘magazine’. The publication runs uninterrupted until 1922. 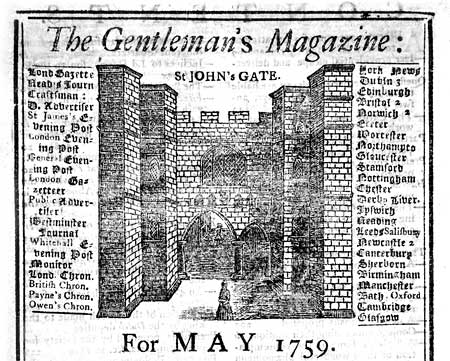 In the American colonies Benjamin Franklin, who had learned to print from his brother, establishes his own printing office and becomes the publisher of the Pennsylvania Gazette. Among his publications, Poor Richard’s Almanac, a yearly publication containing a calendar, weather, poems, sayings and astronomical and astrological information, becomes the most famous. He sells the business again in 1748 to devote his time to his literary, journalistic and civic activities. He does keep promoting the print industry in the colonies. 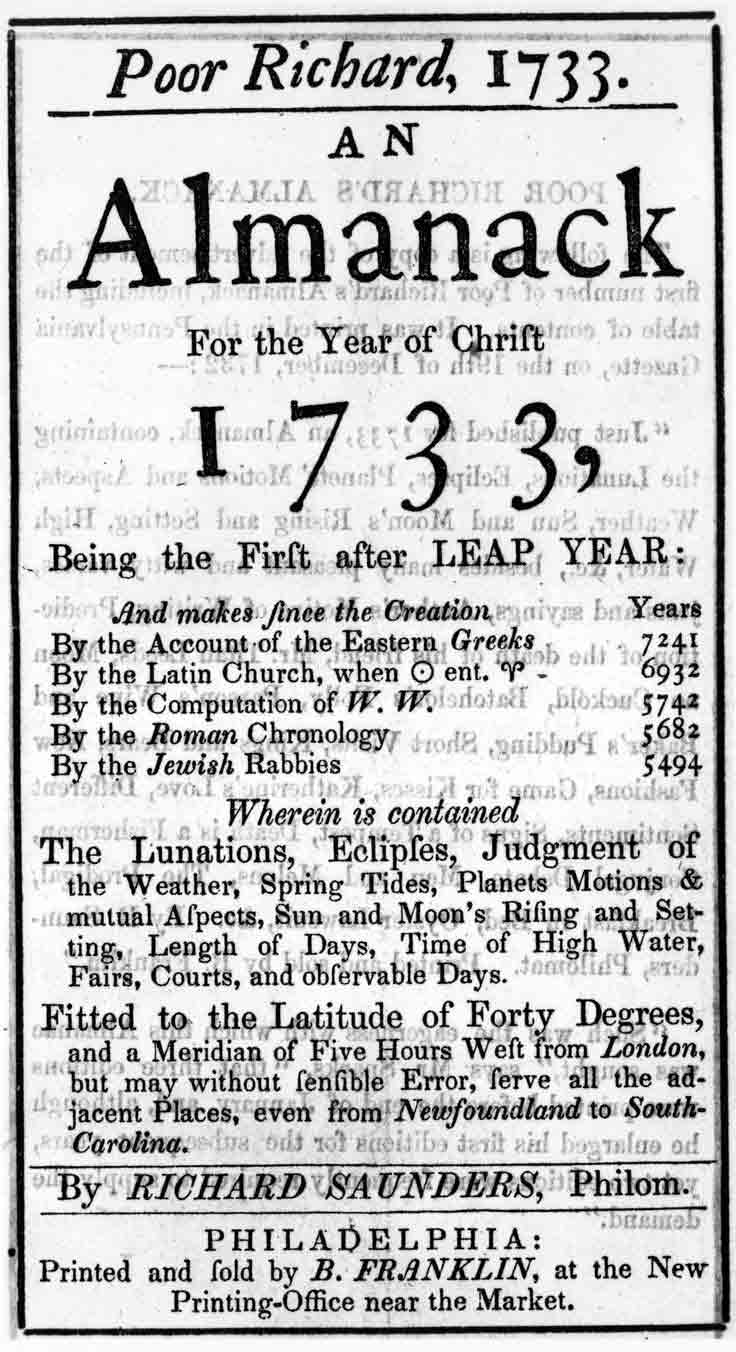 The Illustrated London News is the first magazine to make extensive use of illustrations. The issue below is from 1876, an era in which newly explored continents provided plenty of opportunities to come up with imaginative artwork. 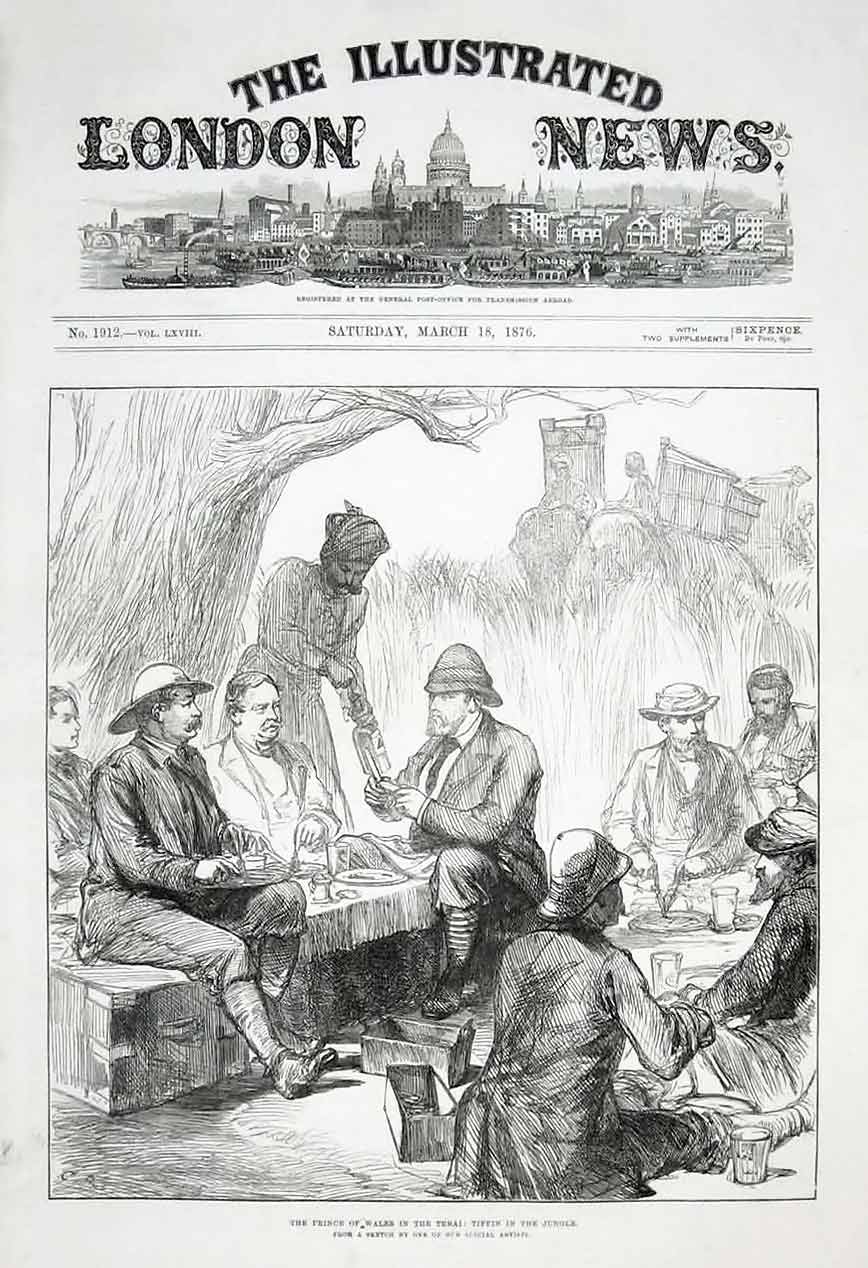