It has been a few years since I published pictures of the Plantin-Moretus museum. Meanwhile part of the museum has been renovated so it was time for a new visit. This time we paid more attention to the part of the house where the family used to live. These rooms contain lots of portraits of family members. In that same spirit I took a picture with my family in it. 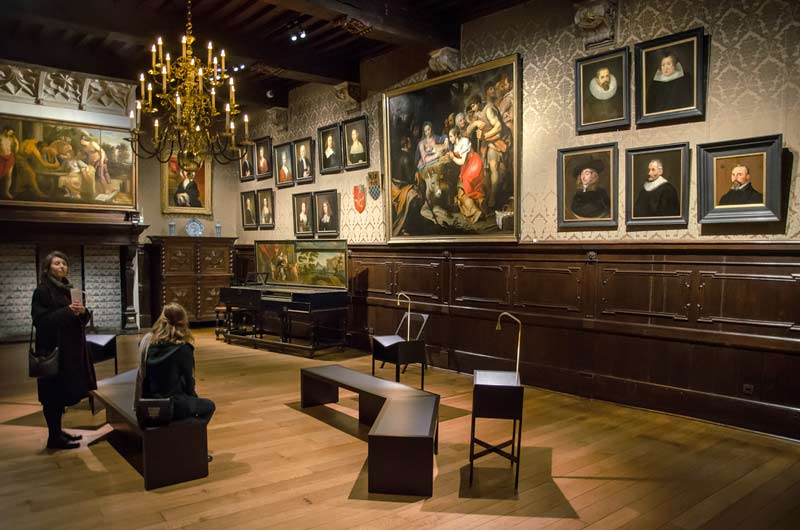 Of course we also went back to the press room. My brother drew my attention to the way the presses are reinforced by the wooden beams that go up to the ceiling. I’d seen these beams, of course, but never thought about their purpose. 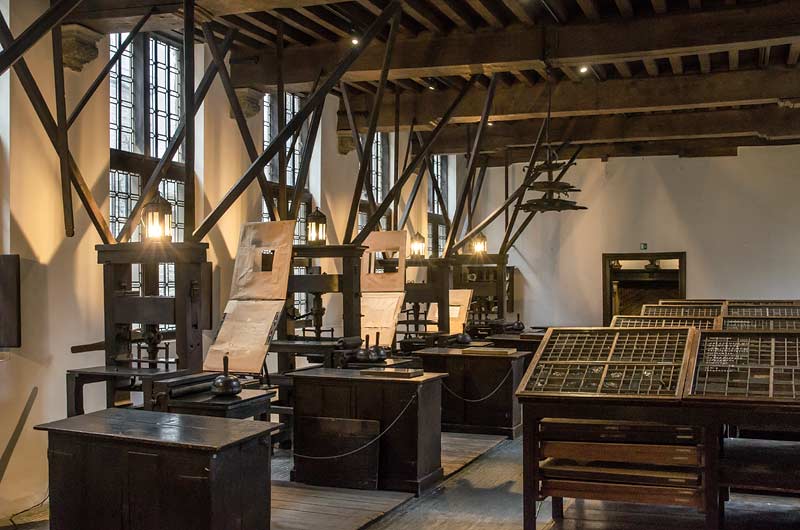 Applying ink to the metal type was done using one of these dabbers or inking balls. In the background you see a roll that can also be used for this. There is a similar type of picture in the page about the Kaartenmuseum in Turnhout. 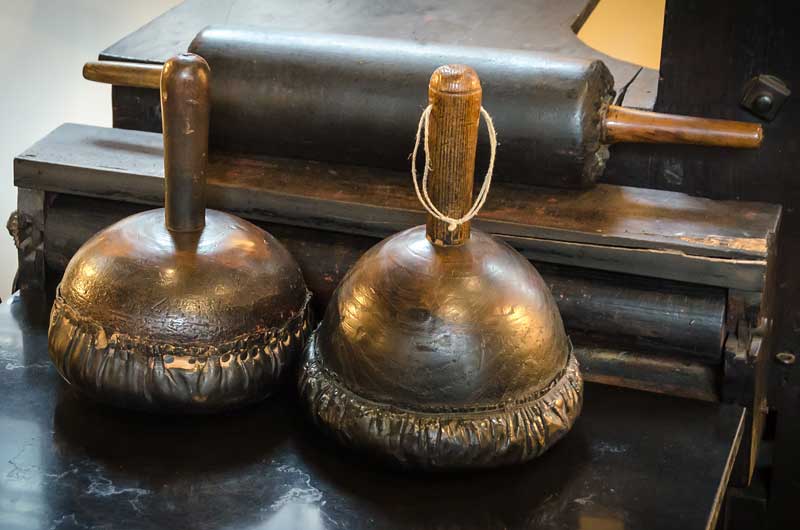 Plantin worked with renowned scientists and artists who wrote or illustrated the books he published. The painting below depicts one of these, the Flemish cartographer Abraham Ortelius. 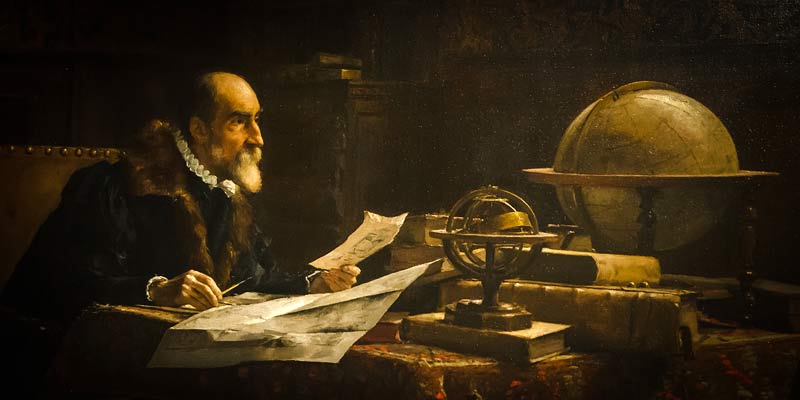 Ortelius created the first modern atlas, the Theatrum Orbis Terrarum. Below is a detail from one of the maps of this atlas. It is surprising how much was already known about the world in the mid-sixteenth century. At the same time, there are still drawings of sea monsters on the edges of the map. 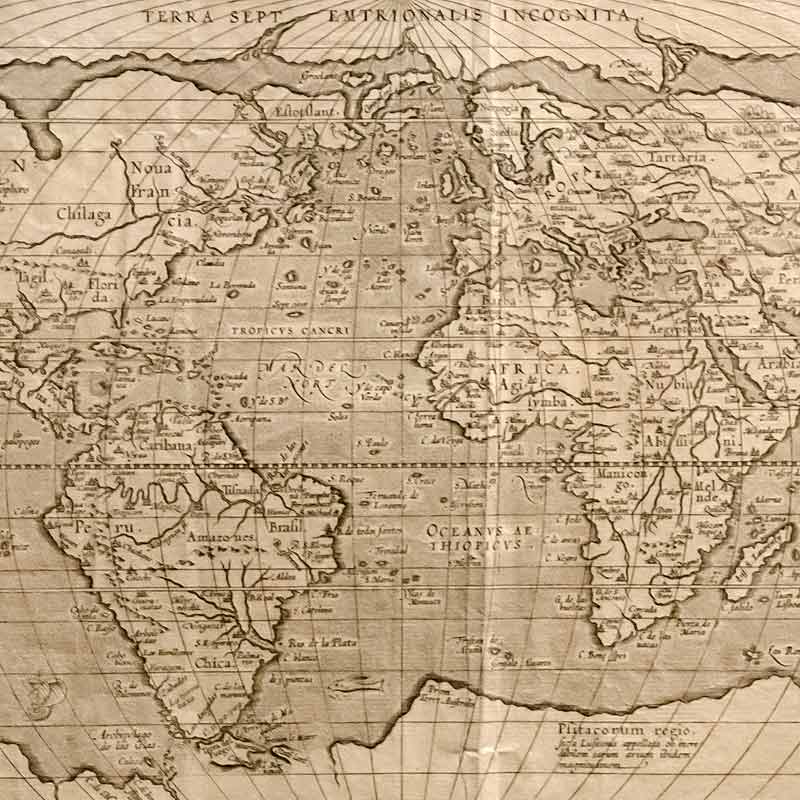 It is a pity you cannot always find out more about some of the prints that are on display. I assume this one depicts the army of Hannibal attacking Rome. 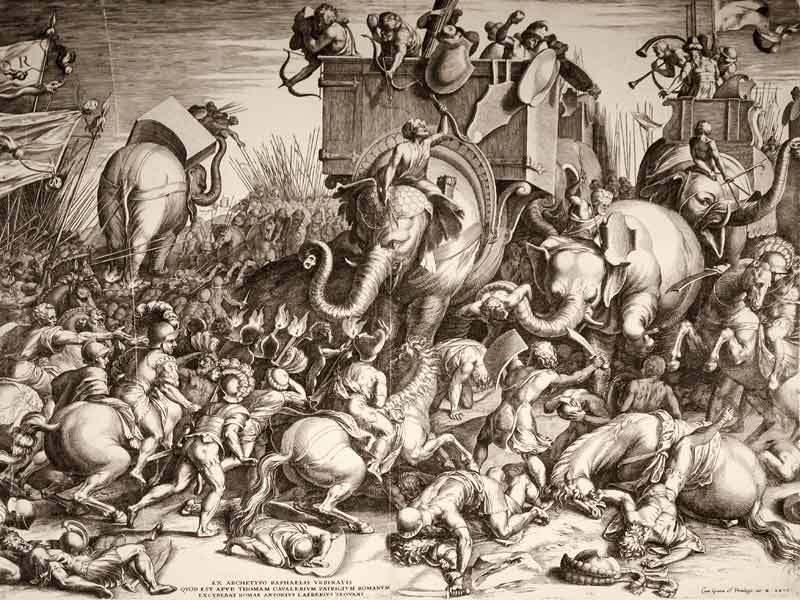 The same is true for the one below. It is a fascinating engraving but there was no explanation why the driver is falling off the chariot carrying the sun high up in the sky. I’ll need to Google that. 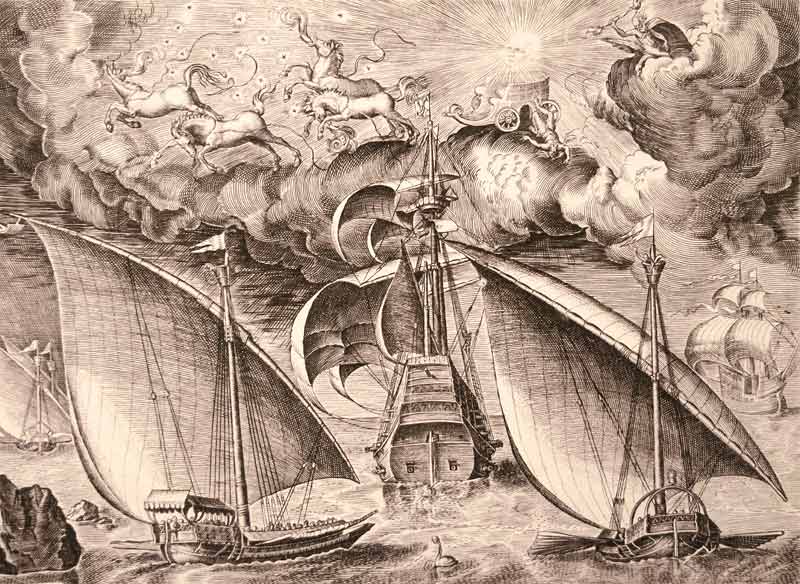 I had a 50mm macro lens with me for some close-ups of the big books on display. This is the best shot from that series and a nice one to close this article. Let’s hope I can do a ‘Revisited Part II’ in a few years time. 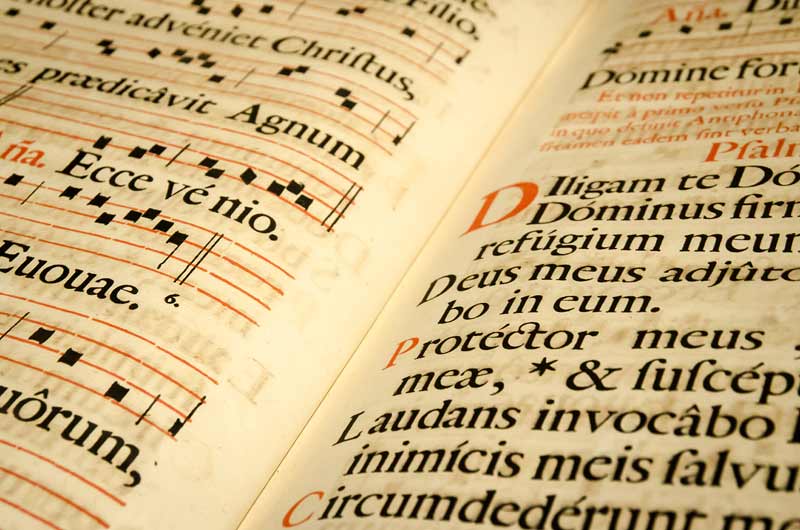 To see additional pictures taken in 2008 and 2009, visit the original ‘Plantin-Moretus museum’ page. There is also a list of all the places where I took pictures of printing museums.