In 1966 Hell presents the Digiset – the first typesetting machine that works with digitally assembled (bitmap) typefaces. This machine is the first of the third generation of photocomposition systems, which are the first true digital systems. The typefaces are created on a CRT (cathode ray tube, a small television screen). This image is projected onto film or photosensitive paper using a set of lenses. The Digiset can image 1000 characters per second. It is marketed in the US as the RCA Videocomp and still later the Information International Comp80.

The VariTyper Headliner 820 is a small phototypesetter that can set camera-ready headlines from 12 to 90 point. The disc in the middle of the machine holds the typeface. The photographic type is casted on 35mm white photo print paper, which was then automatically developed. 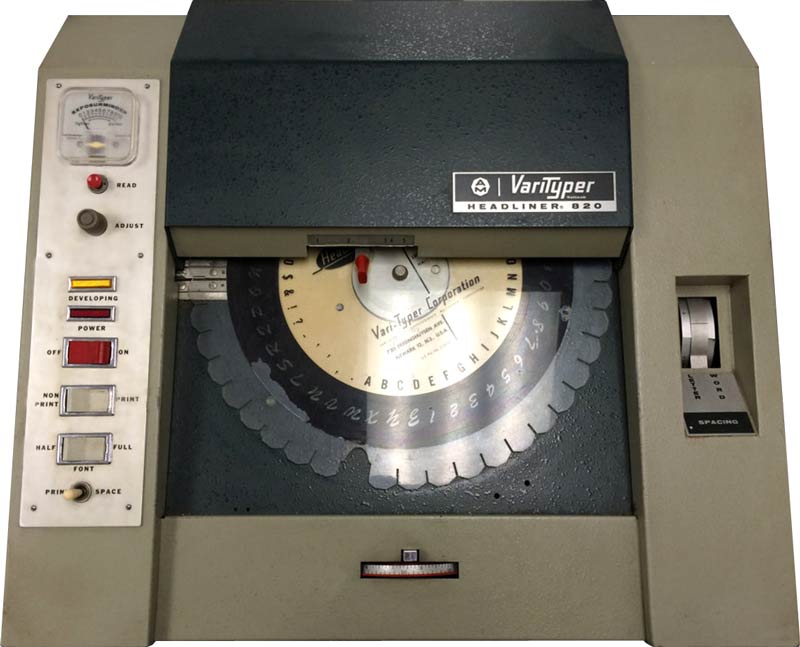 Idealliance, the US-based industry association developing specifications and certifications for the graphic communications industry, is founded as the Computer Section of the Printing Industries of America (PIA). The group is initially composed of 14 member firms.

Les Earnest of Stanford develops the first spelling checker. An improved version is released around 1971 and quickly gets distributed worldwide via ARPAnet, the predecessor of the internet.

André Gürtler creates Egyptian 505 in his class in room 505 at the Kuenstgewerbeschule in Basel.

These are some important or remarkable events from 1966: