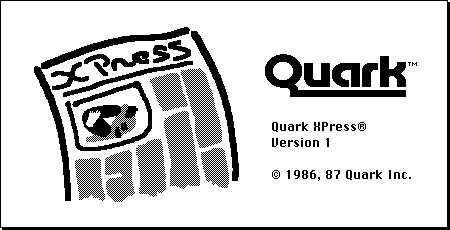 Adobe Illustrator 1.0 is published for Macintosh. A Windows version doesn’t appear until 1989. Adobe primarily creates the application as a demonstration of the capabilities of its PostScript page description language. Many of the settings in the program directly refer to the matching PostScript operators.

Iris Graphics, a Massachusetts-based company, creates the Iris 3024. This digital proof printer is the first in a long line of printers, including the Iris 3047 shown below. In 2000 the company is acquired by Scitex. The 1995 Scitex Iris Realist is another groundbreaking proofing device. 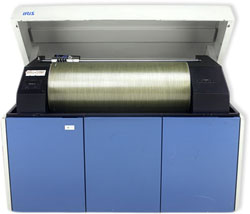 ImageStudio from Letraset is the leading gray-scale image-editing program for Macintosh and a source of inspiration for the developers of Photoshop. Another popular image edition program and my personal favorite is Digital Darkroom.

PC users can upgrade to MS-DOS 3.3 or enhance their system’s video capabilities with a VGA graphics card. After installing Windows 2.0 they can get going with the first PC release of Aldus PageMaker. Microsoft also change their logo for the fourth time in their history.

The HP PaintJet was the first color injet printer. It requires special paper, and doesn’t support standard page sizes but offers a good print quality with a resolution of 180 ppi. It can be used with both Macs and PCs. 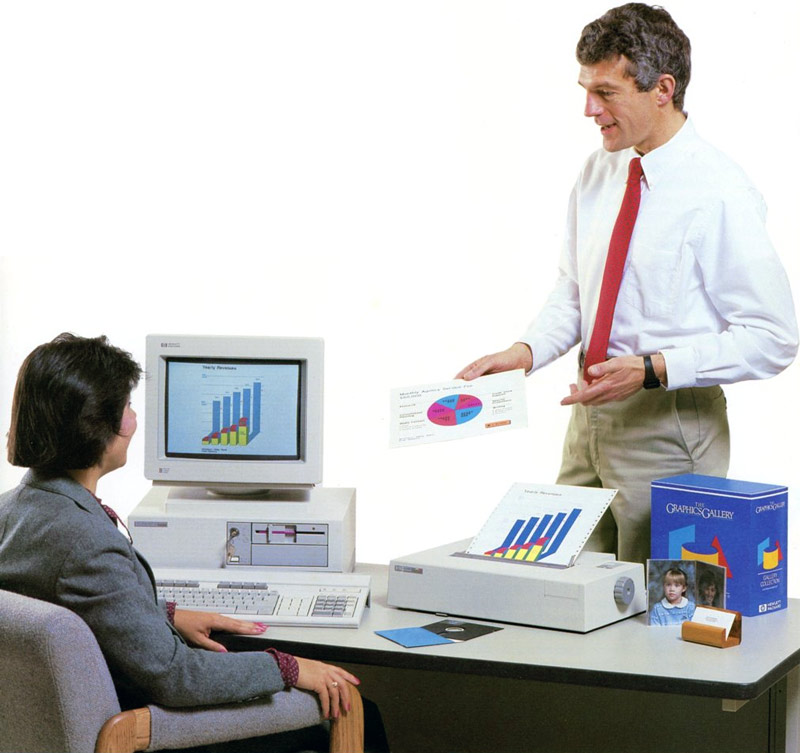 Linotype starts producing Type 1 typefaces which they license to Adobe.

The Macintosh SE costs $2900 at its introduction. It has an expansion slot and an optional built-in 40 MB hard disk. The new Macintosh II is even more expandable. The Extended Keyboard II that ships with these systems is the best keyboard I have ever used.

While working for Adobe, Sumner Stone designs ITC Stone. The variation shown below is Stone Informal. There are also serif and sans serif versions.

These are some important or remarkable events from 1987:

One thought on “1987 – QuarkXPress & Adobe Illustrator”