These comments and polls appeared on the home page of Prepressure.com during 2012:

The poll: How does your company promote itself?

An article in PrintWeek on how to advertise your company for free reminded me that it would make sense to run a poll about the way companies promote themselves.

How does your company promote itself?

The poll: Which imposition software do you use?

This poll ran for several months because the follow-up of the drupa 2012 trade show kept me busy elsewhere.

Which imposition software do you use

The poll: Creative Suite 6 – are you aiming for the clouds?

How about subscribing to Adobe’s new subscription service? I asked visitors if they preferred the standalone applications or cloud subscriptions. The poll results are not necessarily in line with Adobe’s actual sales.

Spending ten days at drupa was more than enough. While watching the presentation at Landa I noticed that I wasn’t the only one who suffered from drupa-fatigue. While the dancers, Benny Landa’s speech, and all the fancy Nanoink animations were the highlight of the 2012 show, having to watch it all over and over again is simply too much for anyone.  ….more

A recent virus attack forced me to reformat one of the disks of my home PC. I had decent back-ups, but it was a good reminder about the importance of backing up data as well as archiving important files. That topic also turned up in a recent discussion on archiving in the PrintPlanet forums. It seemed like a good idea to dedicate a separate page on this site to the best practices for archiving prepress data.

Our website now proudly lists all the presses we have. Good luck trying to find on their sites which forging presses Ford or GM use!

During the year, I copy and paste news from the prepress, printing, and publishing industry to a page in my history of prepress and publishing overview. I just finished the page about 2011, which has been a pretty tumultuous year.

In web design, you can either fake drop shadows by creating them inside images or you can use CSS3 styling. I decided this place could use an update and went for an HTML5 & CSS3 overhaul. You are looking at the result, which may still change slightly as I refine the layout and fix bugs. Among the changes to the site are a slightly wider layout, custom fonts for both headlines and body text, a more colorful banner, and of course that subtle but all-important drop shadow on the title of each page. 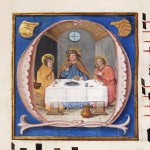 An antiphonary or antiphonal is a liturgical songbook that contains brief chants sung by a choir to accompany psalms. This site now has a page about the Tsgrooten antiphonary with a few pictures of this magnificent masterpiece. For centuries, this choir book was kept in a Belgian abbey. Recently it has been acquired by the Flemish Community. They set up a very nice website where you can admire pages in high resolution.

Editorial, prepress and printing in the 70s

Three pages and more than a dozen pictures document the way the Daily Titan was created and printed during the ’70s.

The poll: Which prepress workflow do you use

This poll was created to accompany a new page on how to select a prepress workflow.

Which prepress workflow do you use?

I just love Clients From Hell. This site had ‘from hell’ pages long before they even started though.

Client: Do you do lemonade?
Me: Do we do… lemonade?
Client: Yes, I was told you do that here.
Me: I’m sorry, this is a graphics and print shop.
Client: I know that. I’m not an idiot.
Me: I’m sorry, I didn’t mean to –
Client: Look! If you can’t lemonade these papers for me then I’ll go somewhere else!
Me: Do you mean… laminate?

May 2012 be a smooth ride for you – in good health, with lots of work and a bit of fun along the way! It is definitely going to be a special year since it is once again a drupa year. Let’s hope the biggest print trade show in the world proves that the graphic arts industry is still alive and kicking. I will hopefully get the opportunity to visit the show. It isn’t that far from where I live, so I wouldn’t even mind going ‘in style’, with a Mercedes-Benz O 321 H bus from the same era when drupa first took place. 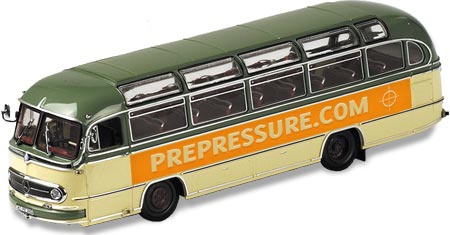